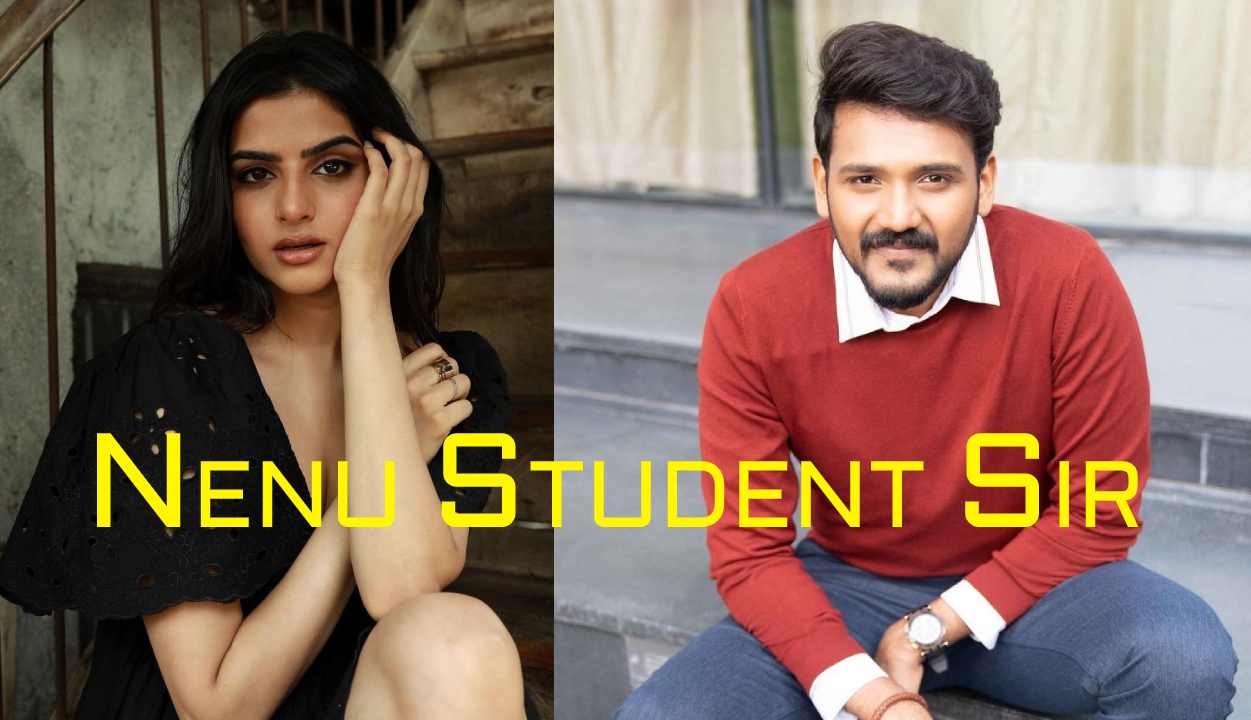 Nenu Student Sir is an upcoming Telugu movie directed by Rakhi Uppalapati. The film stars Bellamkonda Ganesh in the lead role, playing along with debutant Avantika Dassani who makes her big screens appearance after the Mithya web series. Interestingly, she is the daughter of veteran actress Bhagyashree.

The film is produced by Satish Varma under the SV2 Entertainment banner. Mahathi Swara Sagar has composed the music tracks and background sounds. Anith Kumar Madhadi cranks the camera and Chota K Prasad edited it. The film hits the floors and the release date will be announced soon.

An official announcement of Nenu Student Sir OTT release date will be revealed soon. It is touted to be Aha will bag the streaming rights. Stay tuned with Newsbugz.com to know when and where to watch Nenu Student Sir movie online.

Check out some of the movie poster from Nenu Student Sir,