Nenjam Marappathillai is a Tamil Language Romantic family drama starring Amit Bhargav, Sharanya Turadi Sundararajan and Nisha Krishnan in the lead roles. It is the remake of Bengali Language Love Triangle series “Kusum Dola“. The serial was started to get aired on 9 October 2017 on Vijay TV on Weekdays between 8:00 PM to 8:00 PM. The serial is a love story between Vikram (Amit Bhargav), Sathya (Nisha Krishnan) and Sharanya whose life gets changed after certain incidents. Check out below for Nenjam Marappathillai Serial Cast & Crew, Plot, Promos, and Episodes: 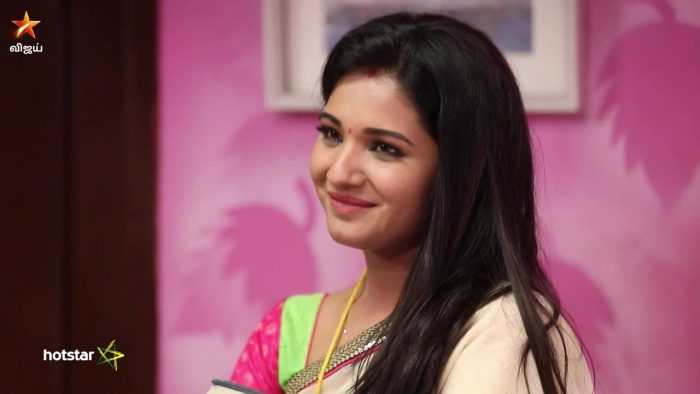 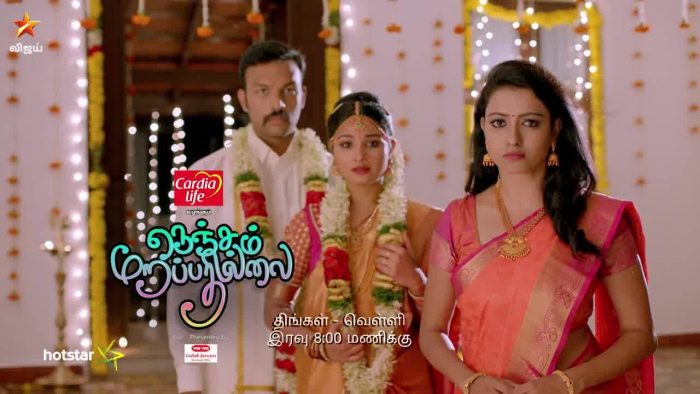 Vikram is an aspiring police officer who meets Sathya at Haridwar. They both develop feelings for each other and plan to get married. Unfortunately, Vikram has to leave to Kodaikanal as he got his posting there. Vikram and Nisha lost their contact and Nisha was asked to get married to Arjun. After everything is fixed, Nisha meets Vikram and gets to know Vikram is the brother of Arjun.

Meanwhile, Sharanya’s father who is also a Police officer is killed at Kodaikanal. Sharanya is left as an orphan. People started blaming Vikram as he is also a reason for his death. They asked him to marry Sharanya and take care of her. Vikram marries Sharanya and brings her home. Sathya feels betrayed as Vikram promised her that he will not get married. The rest continues! Watch this interesting plot in Vijay TV or Hotstar!