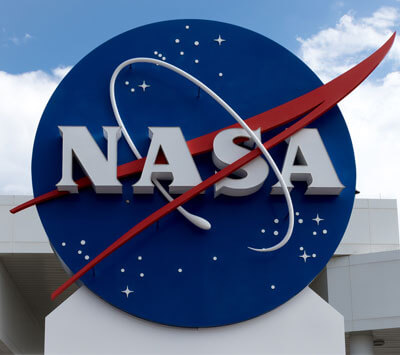 Astronomers at the National Aeronautics and Space Administration (NASA) announced a new system of “Exoplanets,” which are Earth-size, and could potentially hold life. These exoplanets are located outside of our solar system and orbit a star; this could be the reason why they are named so. Within the newly discovered planets, at least three planets are believed to have the qualities needed to support life.

Facts to be known about the latest Exoplanet discovery

First: NASA called the system of seven planets as TRAPPIST-1, the highlight of this invention. After the “Transiting Planets and Planetesimals Small Telescope” which is located in Chile, NASA has named the system of planets. In May 2016, this telescope first discovered three of the planets in the system.

According to NASA, along with the assistance of big telescopes and the European Space Telescope called Spitzer, two of these planets existence was confirmed. In addition to these two planets, the other five more new planets were discovered by Spitzer and thus how the total of seven planets in the solar system was added by NASA.

NASA announced seven new exoplanets which are located outside of our solar system and orbit a star. Among them, three planets have the possibilities for survival.

Second: NASA points out the star in TRAPPIST-1 as an ultra-cool dwarf, which is in contrast to our Sun. The ultra-cool dwarf has a lower mass and also much lower temperatures than the Sun. It means that even if planets are orbiting close to the dwarf Sun, it is so cool that liquid water will be able to survive on these planets.

The ultra-cool star shines 200 times dimmer than our sun so that it would have twilight at all times on these planets, and the star glows red in color.

The telescopes of NASA show the planets closer to the host star than planet Mercury is to our Sun. According to NASA’s statement given to the press, “If a person was standing on one of the planet’s surface, they could gaze up and potentially see geological features or clouds of neighboring worlds, which would sometimes appear larger than the moon in Earth’s sky.”

Third: The planets are “tidally locked to the star,” unlike the Earth which rotates on its axis. It indicates that one side of the planet has the only day, and the another side has night. It also means that the weather condition is unlike to our Earth.

Fourth: Michael Gillon, lead author of the paper and the principal investigator of the TRAPPIST exoplanet survey at the University of Liege, Belgium in NASA’s press statement has said as “The seven wonders of TRAPPIST-1 are the first Earth-size planets that have been found orbiting this kind of star. It was also the best target yet for studying the atmospheres of potentially habitable, Earth-size worlds.”

NASA predicts that the planets are rocky and could not confirm the presence of water yet. The seventh planet is an icy planet like Pluto.

NASA’s team calculated the sizes of the seven planets using the Spitzer data and have developed the first estimates of the masses of six of them. On the base of the density, NASA predicts that the planets are rocky and could not confirm the presence of water yet. It also says that this could be determined only with more observations. It also seems like the seventh planet is an icy one referred to a snow world which reminds some of Pluto in our solar system.

Fifth: Scientists said that they need to study further about the atmospheres before determining whether these rocky, terrestrial planets could support some life. Among the planets, two planets closest to the host star have already shown signs of no puffy atmosphere which mean they are potentially rocky in nature.

Sixth: TRAPPIST-1 created a new record for the greatest number of habitable zone planets found around a single star outside our solar system.

NASA’s job doesn’t end only with the discovery of the planets. Hubble Space Telescope, the space agency is already screening four of the planets, three which are inside the habitable zone. Ahead of NASA’s launch of the James Webb Space Telescope in 2018, Spitzer, Hubble, and Kepler will do initial surveys of the exoplanets.

According to the statement issued by NASA, the new Web telescope will “detect the chemical fingerprints of water, methane, oxygen, ozone, and other components of a planet’s atmosphere.” With the surface pressure, temperature, etc. will show the possibility of life in these planets in the future.