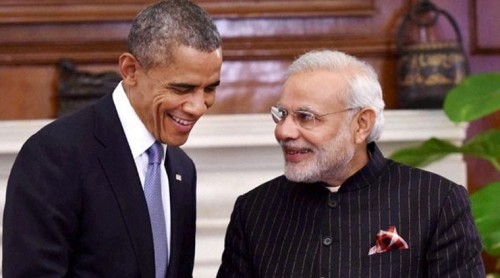 US President Barack Obama ends his tenure on Friday and would no longer reside in the post of the President of United Sates of America. The 44th President of US Mr.Obama has the highest number of followers on the social media so far. Indian PM Narendra Modi would be the next to have the maximum number of social media followers.

Once after Mr.Obama’s exit from the White House to make way for the President-elect Donald Trump, Indian Prime Minister Narendra Modi would become the most followed leader of a country on the Twitter site. Mr.Barack Obama has almost of about 81 million followers ahead of any other global leader in the world. 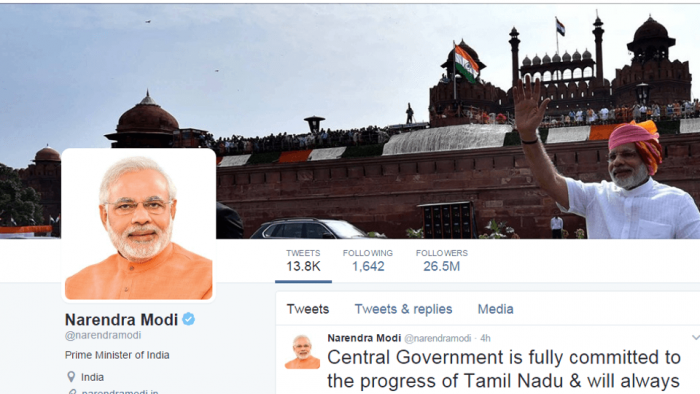 PM Modi is also known for the use of social media to campaign, and directly reach out to voters like Obama and Trump. Social networking platforms have also been used widely by various leaders in India, particularly from the ruling party such that to reach out to the public for the day to day activities.

Noteworthily, not all the world leaders were followed more on the social medias rather the entertainers like Katy Perry sets the top position with 95.3 million followers, the second place by Justin Bieber with 91.2 million and Taylor Swift as third with 83.1 million followers. 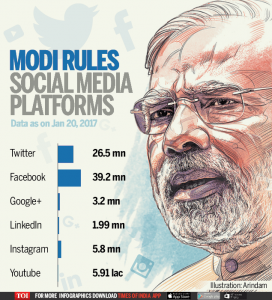 The most interesting factor are that the number of accounts followed by these leaders. Mr.Donald Trump has the most curated list who just follows 42 accounts whereas Mr.Modi follows 1,641 accounts and the highest being Mr.Obama’s Twitter handle that follows a whopping of about 631,987 accounts.