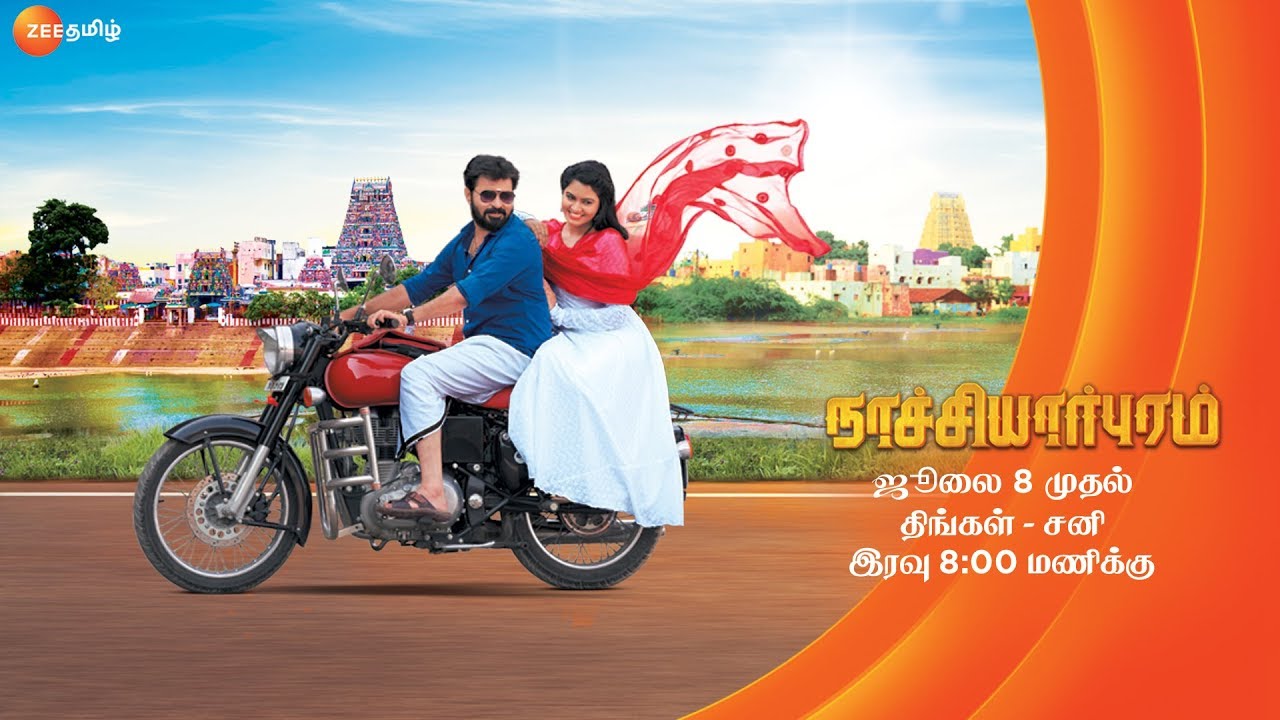 Nachiyarpuram is a Tamil language romantic family serial starring Dinesh and Rachitha in the lead roles. Both the leads are real pair and acting together for the second time in the Television industry. Nachiyarpuram deals the story of Karthik and Jyothi who fall in love with each other. But, situations, change when both their families oppose their love due to a property fight. Nachiyarpuram started out from 08 July 2019 on Zee Tamil and is getting telecasted every weekday between 08:00 to 08:30. Check out below for Nachiyarpuram Serial Today Episode, Cast & Crew, Videos and more.