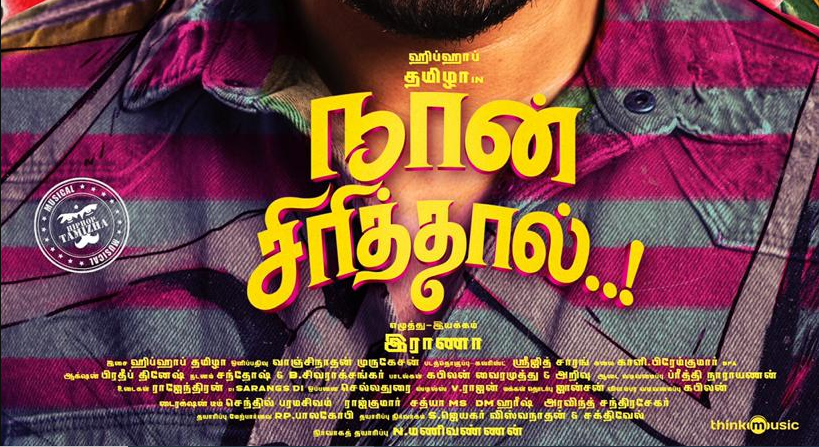 Music composer-turned-actor Hiphop Tamizha’s collaboration with debutant director Raana is titled Naan Sirithaal. Touted as a comedy entertainer, the film was produced by Sundar C’s Avni Movies. On the occasion of Ayudha Pooja, the first look poster was revealed on social media.

HipHop Tamizha himself composing songs and background score for this movie. The movie is based a person who is suffering from a medical condition which makes him laugh at serious moments. Sundar C and HipHop Tamizha roped together after the successful films like Meesaya Murukku and Natpe Thunai.

As soon as the song gets released, the piracy website Tamilrockers will leak the pirated version of album. Naan Sirithaal songs Download link will be made available for free download in many torrent websites. We advise our readers to download songs only from official sources like Amazon Music, Apple Music, Wynk Music, Gaana and Official YouTube Pages. Don’t support or use pirated websites like Starmusiq, isaimini, Masstamilan to stream and download songs.