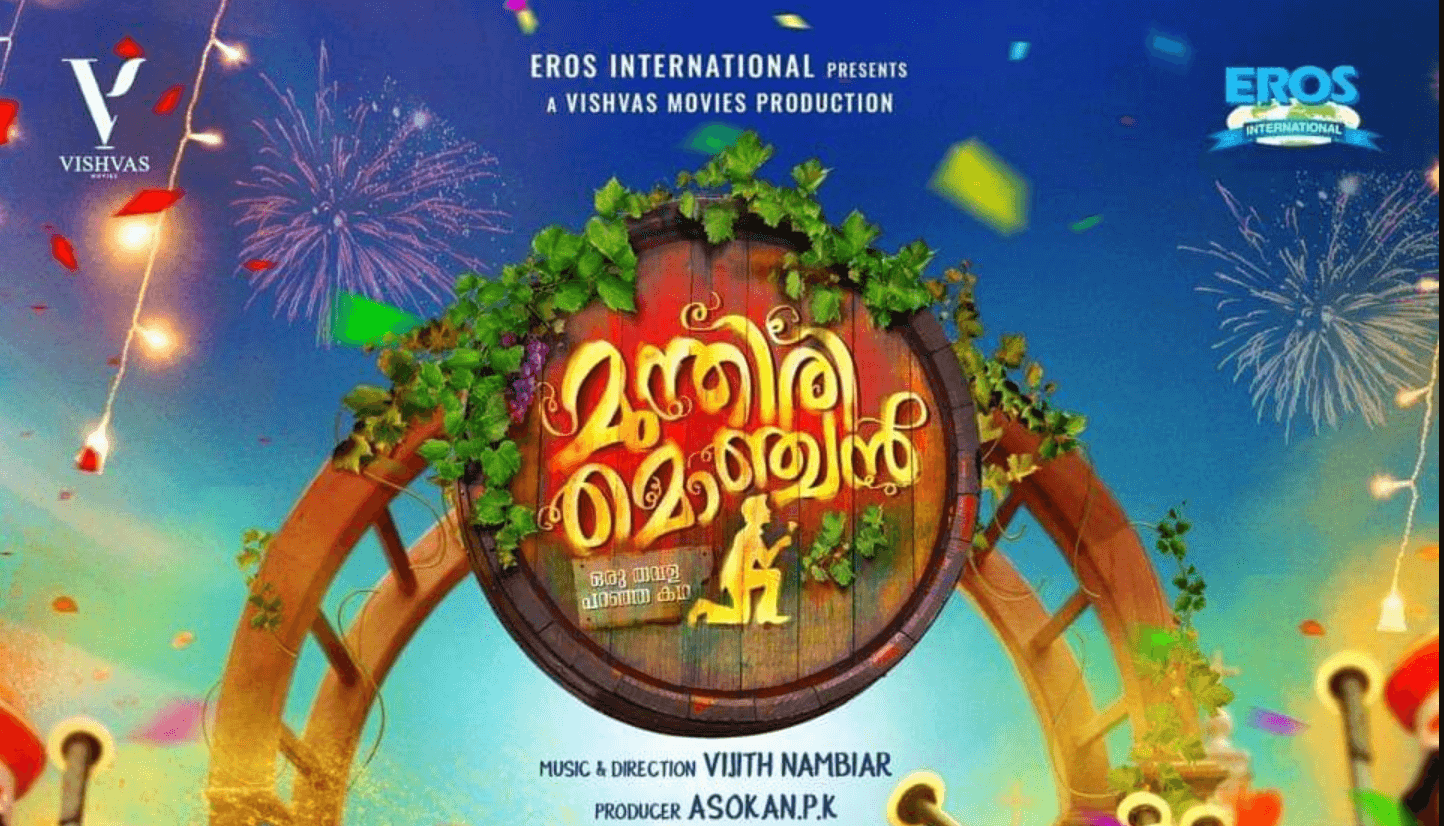 Munthiri Monjan – Story told by a Frog is a Malayalam movie starring Manesh Krishnan and Deepika Anil in the lead roles. The romantic comedy movie was directed by Vijith Nambiar and the story was penned by Manu Gopal & Mehrali Poilungal Ismail. Munthiri Monjan was bankrolled by Ashokan PK under the banner of Vidhvas Movies.

In an interview, Director Vijith Nambiar stated that the movie will be a fresh experience for Malayalam audiences. The first look states that the movie has taken in an urban backdrop. The story revolves around Vivek Viswanath, a young marketing guy working in advertising company & Ima Rajiv, who runs an online lending library.