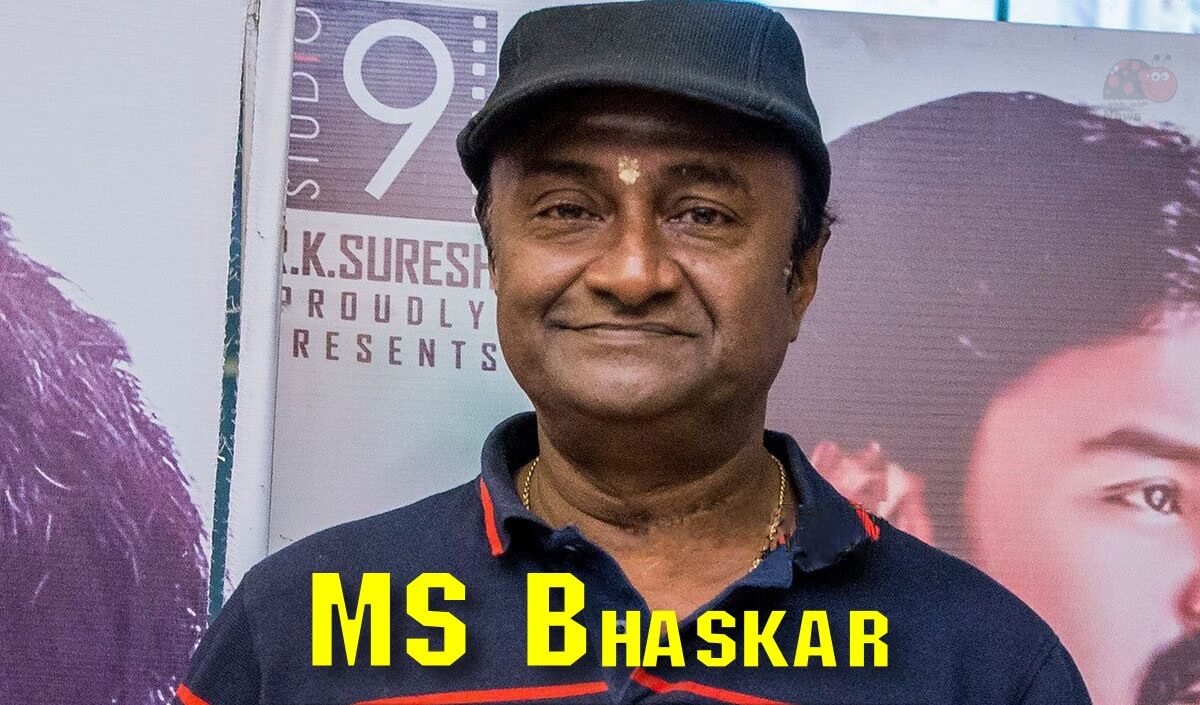 Muthupandi Sundaram Bhaskar widely known as MS Bhaskar is an Indian actor. Before becoming an actor, he was a theatre artist, and He appeared in supporting roles and also as a comedian in Tamil TV Series. He became famous for his role in the 90’s famous comedy serial Chinna Papa Periya Papa. After that, he got a breakthrough in Engall Anna as a drunken man. Then he has become a regular cast and was also widely recognized as a supporting and comedy actor in Tamil Cinema. In addition to acting, Bhaskar is also a dubbing artiste and even an occasional Playback singer as well. He played a prominent role in Ramarajan’s 45th film Saamaniyan.

When the dramatic society ended in 1992, Bhaskar started working in teleserial on DD1 and DD2 including Nam Kudumbam and Vizhudugal, before he played roles in Ganga Yamuna Saraswati and Mayavi Marichan. He made his film debut in 1987, enacting a small role in the film Thirumathi Oru Vegumathi. He then graduated to supporting roles in many films.

Take a look at the latest photos of actor MS Bhaskar,