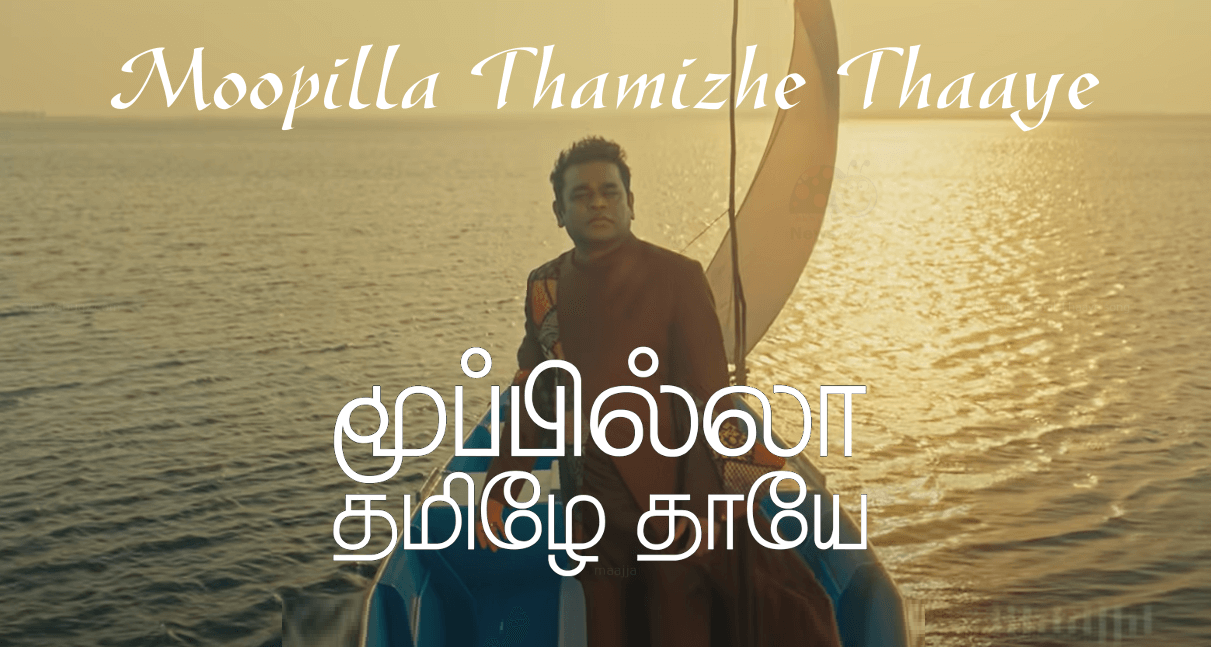 Moopilla Thamizhe Thaaye Song Full Video Online: It is the latest Tamil album song composed, sung, and performed by oscar-winning music director AR Rahman. The song was released on the Maajja youtube channel which was initiated by AR Rahman himself for the independent music artists. Directed by Amith Krishnan, the video of Moopilla Thamizhe Thaaye Song was released on 26th March 2022. It seems the song is a theme of optimism and praises the Tamil language. The song features AR Rahman, Gabriella Sellus, Poovaiyar, and more.

It is the second song of Maajja after the enormously succeeded song “Enjoy Enjaami“. The song was composed by Santhosh Narayanan and sung by Dhee and Therukuram Arivu. As of April 2017, Cuckoo Cuckoo Enjoy Enjami song hits more than 147 Million views on youtube.