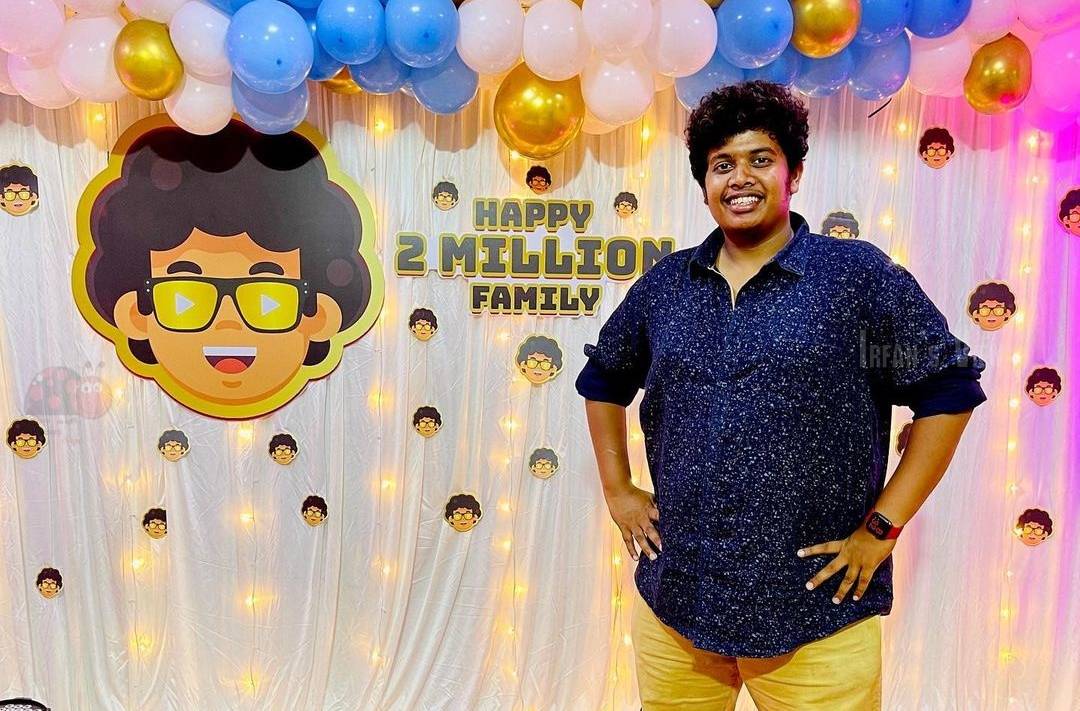 Mohamed Irfan is a famous YouTuber from Chennai. He is well known for food blogs, reviews, and lifestyle videos on his YouTube channel. Initially, he worked in a BPO company later he resigned and started vlogging from healthy meals to hearty desserts. He also shared dining out experiences in and around Chennai, Salem, Coimbatore, and other districts.

Irfan got huge fans around Tamil Nadu and Emirates. His recent Dubai vlog videos garnered a million views on YouTube. He got engaged on August 19, 2021 but later due to personal reasons he called off the marriage. Irfan’s Turkey trip trailer video was released on PVR Cinemas. Unfortunately, Irfan’s view YouTube channel has been terminated due to violations of YouTube terms and conditions.

Check out the latest pictures of YouTuber Mohammed Irfan,