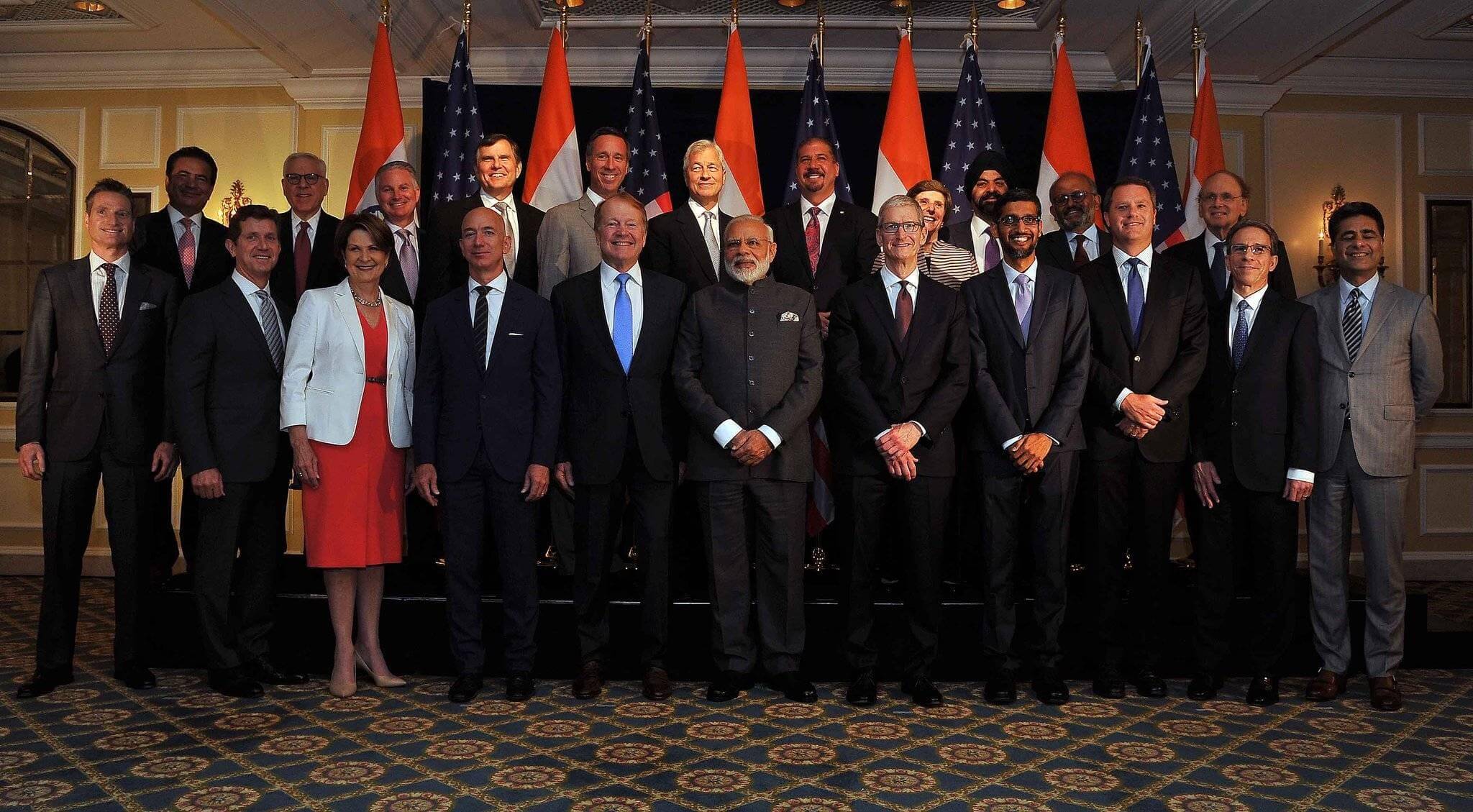 On Sunday, Prime Minister Narendra Modi met and discussed with a group of American CEOs that ‘India’s growth presents a win-win combination for both India and the U.S’. Mr Modi addressed the conference ahead of his first meeting with US President Donald Trump which is scheduled for Monday.

The Prime Minister’s speech before the CEOs of prominent American companies was a voluntary to extensive communications he is expected to have with Mr Trump and senior members of his cabinet. America’s economic and employment return is the topmost political priority for the Trump administration.

Mr Modi told the CEOs that India estimated a stronger and prosperous America to be in its best interests, Mukesh Aghi, a President of the U.S.-India Business Council told after attending the roundtable conference, among others, by Google’s Sundar Pichai and Apple’s Tim Cook.

“The CEOs walked away with increased confidence in India’s growth prospects and the Prime Minister’s leadership,”

Some CEOs spoke about the impact of GST, but the Modi demonstrated that the overall impact of the tax reform would be helpful to all sectors and also told that American companies have a great opportunity to contribute. Repeating his government’s commitment to reforms, the Prime Minister told the conference that the “implementation of the landmark drive of GST could be a subject of studies in U.S. business schools.”

Mr Modi told “the whole world was looking at India” and the government was responding by indicating economic reforms. He also said that government had been undertaken 7,000 reform measures for ease of doing business and following his epithet of “minimum government, maximum governance.”

MEA spokesperson Gopal Baglay twitted that, Mr Modi concludes by saying that opportunities for tourism through promoting hotels in the PPP model at 500 railway stations will be a specific growth opportunity. He highlighted the importance the government attached to efficiency and transparency.

US President Trump termed him a “true friend” for Hours ahead of Mr Modi’s arrival on Saturday evening.

In posting on his official site, Mr Trump said,