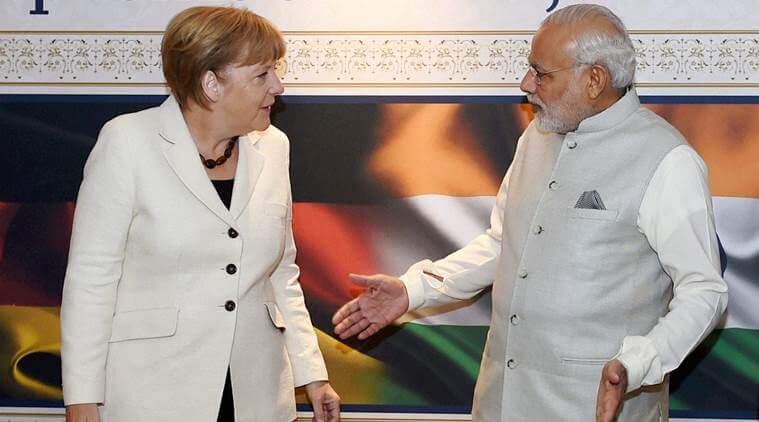 On Monday, Prime Minister Narendra Modi embarked a six-day and four-nation tour of Germany, Russia and France to advance India’s economic engagement with these nations and invite more investment. And it was the second international tour of the Prime Minister Modi this year.

Prime Minister Narendra Modi and German Chancellor Angela Merkel have endured “very good” discussions on a series of bilateral, regional and global problems like the Brexit consequences, trade and radicalisation in the setting of recent terror attacks in Europe.

At Schloss Meseberg, there are several informal talks about the Chancellor’s official country retreat near Berlin; both leaders also exchanged views on China’s ‘One Belt, One Road’ initiative and climate change.

“Had a very good interaction with Chancellor Merkel,” Modi said in a tweet after his meeting.

Tweet of Modi about the Meet in Meseberg at Germany

Office of Prime Minister Stated that,

“The leaders had discussions that covered the bilateral agenda and how Germany can partner with India on its flagship programmes. There was an appreciation of India’s reform agenda, particularly GST,”

The Second bilateral visit to Germany after his visit on 2015, she said that the ease of doing business in India and the fast track mechanism set up in 2015 to assist German businesses in working in India got appreciation from the German side.

Germany is expected to raise issues of trade with India after their bilateral treaty lapsed this year and pushed for the resumption of the India-EU Free Trade Agreement talks.

Mr Modi is expected to pitch his government’s recent reforms on foreign investment and the rollout of the GST to attract more German investment in India and take trade beyond its current levels of €17.42 billion.

Shruthi Haasan Walks Out From Sangamithra