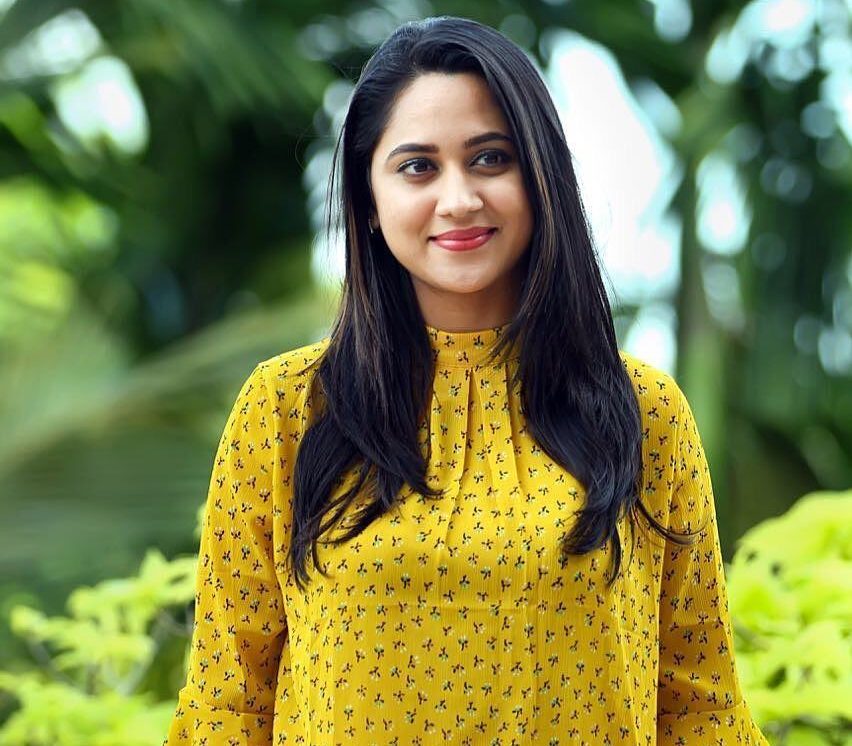 Miya George is an Indian model and movie actress, who predominantly works in the Malayalam film industry. She made her debut movie Oru Small Family as Manikutty in the small role in the year 2010. Moreover, she was selected for Kerala Miss Fitness in the year 2012. Check out below for Miya George Wiki, Biography, Age, Movies, Family, Images, and more.

Miya George was born on 28 January 1992 in Dombivli, Mumbai, Maharashtra, India. Miya family is now residing in Pala, Kottayam, Kerala, India. Her father’s name is George who is an engineer and her mother’s name is Mini George. She has an elder sister named Gini George who got married to Lijo George and was settled in Bahrain. She did her schooling in Sacred Heart Girls High School, Bharananganam, and St. Mary’s Higher Secondary School, Bharananganam. She did her graduation in B.A. degree at Alphonsa College, Pala, Kerala and she did her graduation in Masters in English Literature at St. Thomas College, Palai, Pala Town, Kerala.

She started her acting career by playing a supporting role in television serials like Alphonsamma and Kunjali Marakkar. Then she appeared in movies like Doctor Love and Ee Adutha Kaalathu. She became famous at the time when she was chosen the Kerala Miss Fitness 2012 in a beauty pageant. Then she made her debut movie Ettekaal Second in the lead role but this movie got commercial success in 2014. In the movie Chettayees, she appeared with actress Urmila Unni as her mother. Then she featured in the Mohanlal starrer Red Wine in this movie she featured with Asif Ali. In the year 2014, she made her debut Tamil movie Amara Kaaviyam with Sathya which is directed by Jeeva Shankar and she featured in the Tamil movie titled Indru Netru Naalai as Anu with Vishnu Vishal, Vetrivel as Janani with Sasikumar. In 2018, she featured in the movies like Thottavadi as Anna and Oru Kuttanadan Blog.

She got engaged with a businessman named Ashwin Philip on 02 May 2020.

Here are the complete list of awards won by actress Mia George,

Check out the latest photos of Mollywood actress Miya,