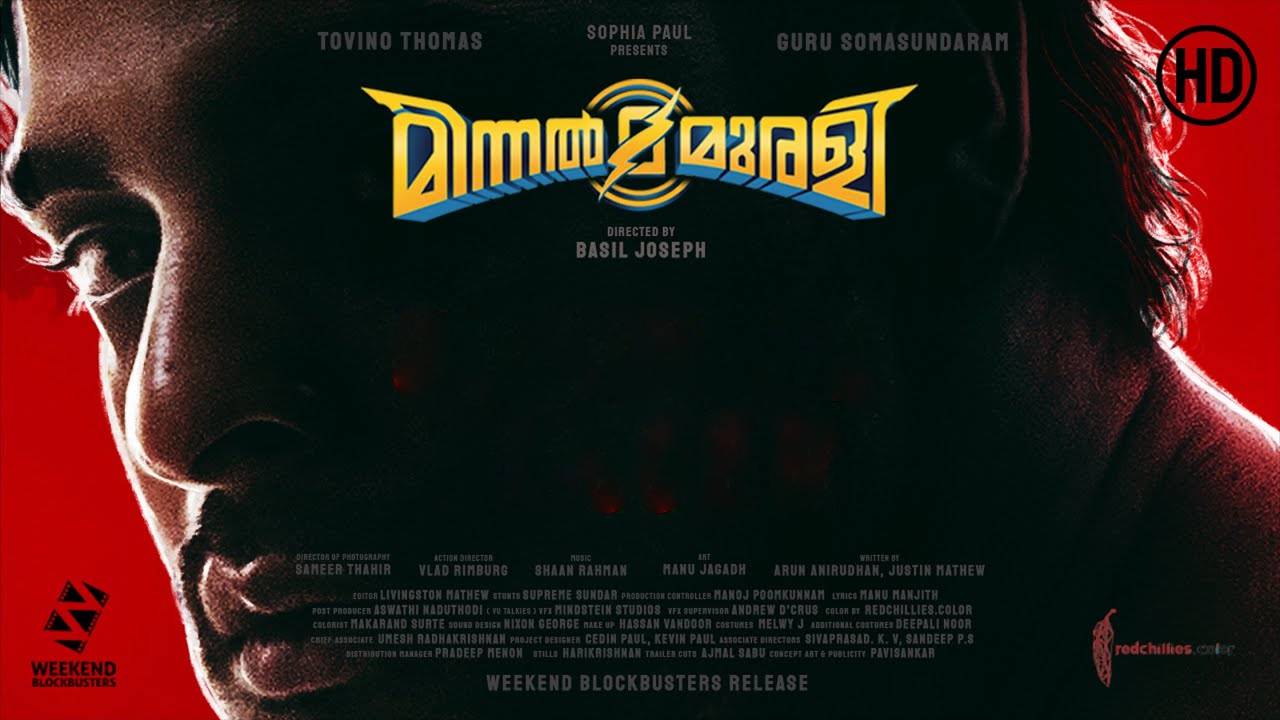 Minnal Murali is an upcoming movie starring Tovino Thomas in the lead role. The film was directed by Basil Joseph and produced by Sophia Paul under the Weekend Blockbuster’s banner. Minnal Murali Movie will be released in four languages including Malayalam, Tamil, Telugu, and Hindi. Touted to be a supernatural fantasy thriller, the film also stars Guru Somasundaram, Aju Varghese, Baiju, Harishree Ashokan, and Femina George. The film is scheduled to be released on 24th December 2021 (Christmas).

It is a direct ott release that will be streamed online on popular ott platform Netflix.

This big-budget film is planned as a pan-Indian release. It is the second collaboration of Tovino and Basil after the wrestling-based sports drama Godha.

Here is the main cast list of Minnal Murali film,

Watch the lyrical video of Uyire Song from Minnal Murali,