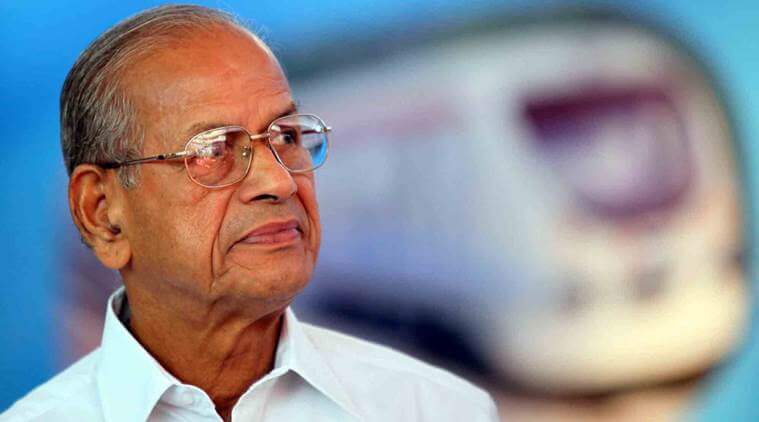 Elattuvalapil Sreedharan is popularly known as the “Metro Man”. He is an Indian civil engineer and retired Indian Engineering Service (IES) officer. Konkan Railway and the Delhi Metro is built on his leadership while he worked as the managing director of Delhi Metro between the year of 1995 and 2012. After that, he had been credited as Metro Man who changes the face of public transport in India. A government of India awarded him as Padma Shri in 2001 and the Padma Vibhusan in 2008. And in 2005 France Government awarded him as the Chevalier de la Légion d’honneur. Not only this, in 2003, TIME magazine made him one of Asia’s Hero. Now he was appointed by the UN Secretary-General Ban Ki-moon to assist on the United Nations’s High-Level Advisory Group on Sustainable Transport (HLAG-ST) for three years. Recently, he became a Member of Mata Vaishno Devi Shine Board. 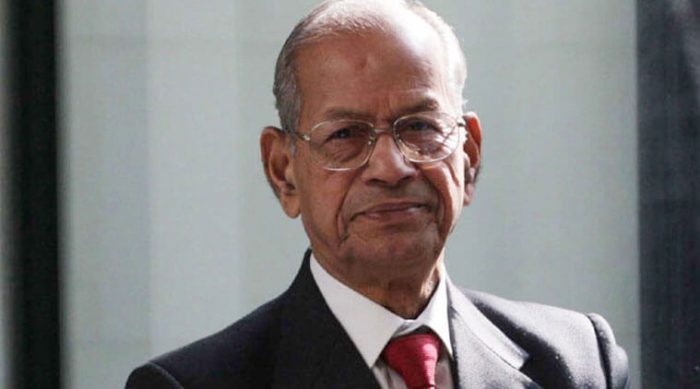 In the present-day where Palakkad became the district of Kerala state which is on 12 June 1932, E. Sreedharan was born in Karukaputhur. In Palakkad District, near Pattambi village he started his schooling from Government Lower Primary School Chathannur. He completed his schooling at the Basel Evangelical Mission Higher Secondary School and after that, he enters to the Victoria College in Palghat, Kerela. He completed his Civil Engineering degree from the Government Engineering College in Kakinada, Andhra Pradesh. It recently modified as JNTUK. At BEM High School and Victoria College, E. Sreedharan and T. N. Seshan are classmates in Palakkad. In JNTU Kakinada, Both of them were selected for Engineering, a university in a port town in Andhra Pradesh, but E. Sreedharan decided to try it, while T. N. Seshan decided to join Madras Christian College.

E. Sreedharan worked at the Government Polytechnic, Kozhikode as a lecturer in Civil Engineering and a year at the Bombay Port Trust as an assistant for the practice. After he had ranked in Engineering Services Exam in 1953 conducted by the UPSC, he joined the Indian Engineering Service (IES). In December 1954, his first assignment was in the Southern Railway as a Probationary Assistant Engineer.

In December 1964, a cyclone flooded away parts of Pamban Bridge that connected Rameswaram to the region of Tamil Nadu. To restore the bridge, Railway Government had chosen E. Sreedharan as head to led the target which is set for six months, under whose control the bridge came, reduced it to three months. And Sreedharan executed the project well, and he restored the bridge in just 46 days. The Railway minister’s Award was given to him in honor of this achievement.

In 1970, he became deputy chief engineer, and he was put in charge to execute, planning and design the huge bridge of the Calcutta Metro and it was the first ever metro in India. Sreedharan not only completed this much-strenuous project but also set down the foundation of modern infrastructure engineering in India. In 1975, He was taken off from this post. 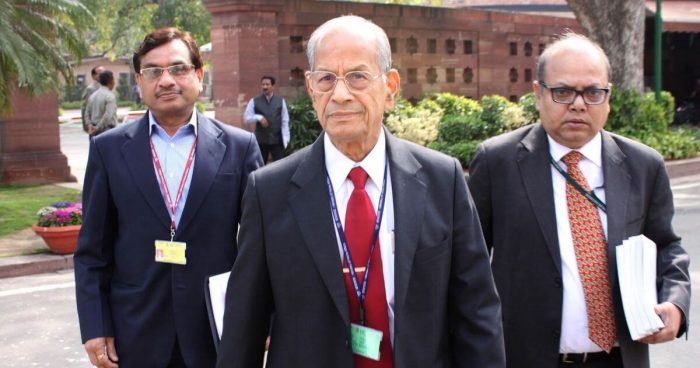 In July 1989, Sreedharan was promoted as General Manager in Western Railway and in July 1989 further promoted to the post of Member Engineering in Railway Board and ex-officio Secretary to the Government of India. E. Sreedharan retired his service in June 1990, but George Fernandes made Sreedharan join again in Service for the government needs, he was appointed as CMD on Konkan Railway on Contract in the same year of his retirement which is 1990.The first major project in India to be undertaken on a Build-Operate-Transfer basis which the organisation structure was different from that of a conventional Indian Railway set-up. The project had 93 tunnels with soft soil along a length of 82 km. 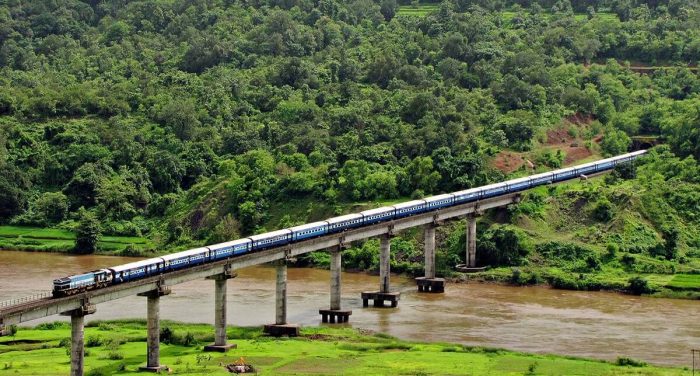 The total project had over 150 bridges and covered 760 km. That a public sector project could be achieved without significant cost and time invade was considered an achievement by many of them with his teams.  Chris Tarrant made the Konkan Railway as one of the most difficult railway projects that have been constructed in the world which is incorporated within the Extreme Railway Program.

Then Chief Minister of Delhi, Sahib Singh Verma, made Sreedharan as the managing director of Delhi Metro Rail Corporation then and in 1997 all the scheduled sections were built by their destination date or before, and within their budgets which government scheduled. After the grand success in executing the completion of the Delhi Metro, Sreedharan was given the sobriquet of Metro Man by the media. His job in the Delhi Metro has been considered so successful and crucial to India that in 2005 and the government of France awarded him the Knight of the Legion of Honour, and the Padma Vibhushan for him by the Government of India which is already said. There were also demands by notable political figures that Sreedharan be awarded the Bharat Ratna, the most prestigious civilian award in India. He was especially known for isolating his projects from political pressures and influences and winning political commitments for fast execution of projects. He had announced that he would withdraw by the end of 2005, but his occupancy was further extended to supervise the completion of the second phase of Delhi Metro. After 16 years of service with the Delhi Metro. On 31 December 2011, Sreedharan retired from his success service. 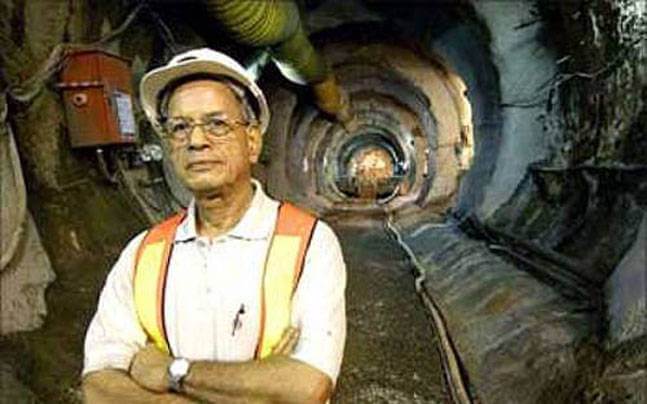 Sreedharan has been appointed as Principal Advisor of the Kochi Metro Rail Project, even after his retirement from DMRC. At starting stage, the project faced obstacles when a quarrel broke out with the government announcing a global tender process for Kochi Metro, moderately than letting DMRC handle the consultancy and DMRC had initially asked for Sreedharan to execute this project. Vested interests in the government have been declared in this decision. But, several political parties came out in resistance to the move and withdrew Sreedharan’s decision in implementing DMRC’s role in the Kochi Metro, after which the government converted its posture. Kochi metro was finally revealed on 17 June 2017 amidst many celebrations. The unveiling of the Metro was granted a milestone in India, control systems used and initiatives like employing transgenders, vertical gardening, respecting migrant labourers, and use of solar power.

Metro Man has also been appointed as Chief Advisor for the Lucknow Metro. For E. Sreedharan, Kochi Metro was built in four years since Lucknow Metro will be done in a period of two years and nine months. And till now it was the fastest in India and also to the world. 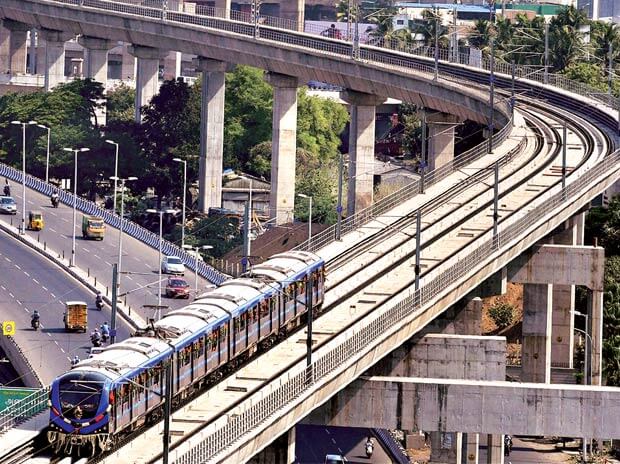 He has also been notifying for the Jaipur Metro as well as DMRC has undertaken its implementation. Also, he Roped in as an advisor for a proposed Metro rail system in Andhra Pradesh in the Visakhapatnam and Vijayawada areas which is under the leadership of the Chief Minister Chandrababu Naidu.

Longest Bridge in India | Famous Bridges above the Water