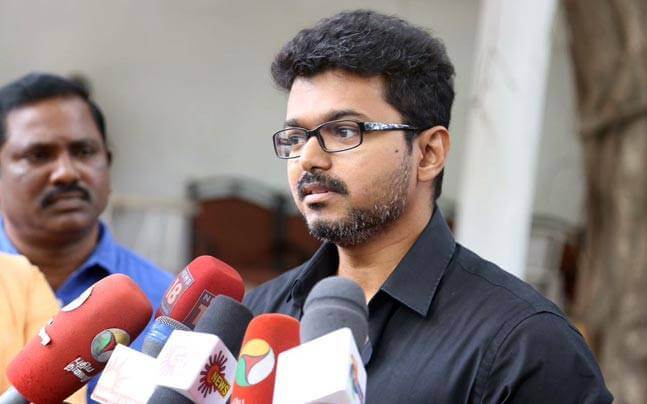 Days after Kollywood Superstar Vijay took to social media to thank his fans for his latest film Mersal’s box office run; he has now issued a press statement expressing thanks towards those who defended the film and fans for their support in the success of his Diwali release ‘Mersal’.

Vijay, in the statement, thanked the film organization, Tamil film producers council, South Indian actors’ association, and national and state political leaders for their support against the onslaught of the Tamil Nadu BJP unit. Mersal ran into controversy after BJP leaders claimed that dialogues about GST and Digital India in the film are creating an “incorrect references” about the central government. 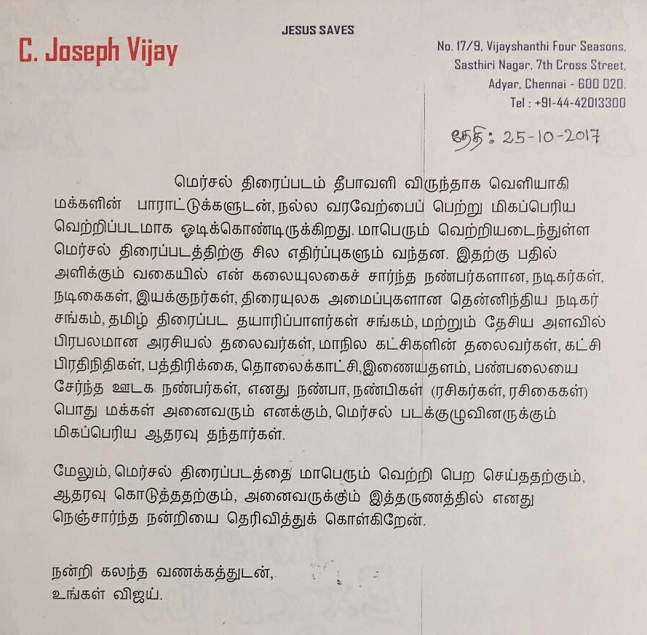 In his statement, the actor said,

“Mersal has been highly successful but has faced some opposition. But my friends from the film industry, actors, directors, producers, the Nadigar Sangam, Film directors’ association, the South Indian film artists association, national leaders, the media, my fans and friends have given a befitting reply to this opposition and supported Mersal.”

Superstar Vijay thanked everyone for their support as well as for the success of the film.