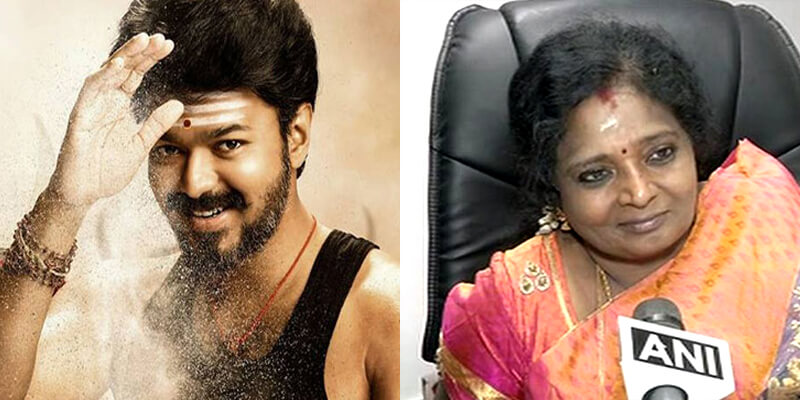 The producer of Mersal has decided to remove the controversial scenes(Mersal deleted scenes) from the latest Vijay movie ‘Mersal’ after the Tamil Nadu’s Bharatiya Janata Party took objection to so-called “incorrect references” on the Goods and Services Act (GST). Earlier, BJP leaders Tamilisai Soundararajan and Pon Radhakrishnan had stated that the scenes should be removed as they mislead the central government policies. Confirmation from the crew about the changes in the movie is still awaited. BJP state party president Tamilisai Sounderrajan said,

“When you make films, you don’t follow rules. But, you criticise the government and tax regime, I request Vijay fans not to support such statements.”

“Incorrect references have been made in Mersal about GST (Goods and Service Tax)… celebrities should desist from registering wrong information among people,”

She also said that Prime Minister Narendra Modi has been working round the clock for the betterment of the country, people’s welfare. And added that his government has brought down the prices of the medicines significantly in the last three years.

Also, the Madras High Court passed an interim order restricting the director for the title, ‘Mersal’ after a case which was filed saying that the same title was already registered with the Producers Council in 2015 and later this case was resolved in the beginning of the month.

But then came an announcement from the Tamil Film Producers Council that, all the new Tamil movie releases had been put on hold due to the issue of the 10 percent local entertainment tax levied on cinema tickets.

Even though this issue was rectified last week, and top actor Vijay met Tamil Nadu Chief Minister Edapadi K Palaniswamy to sort out problems ahead of his movie release, the Mersal team had to face consecutive problems even after its release.