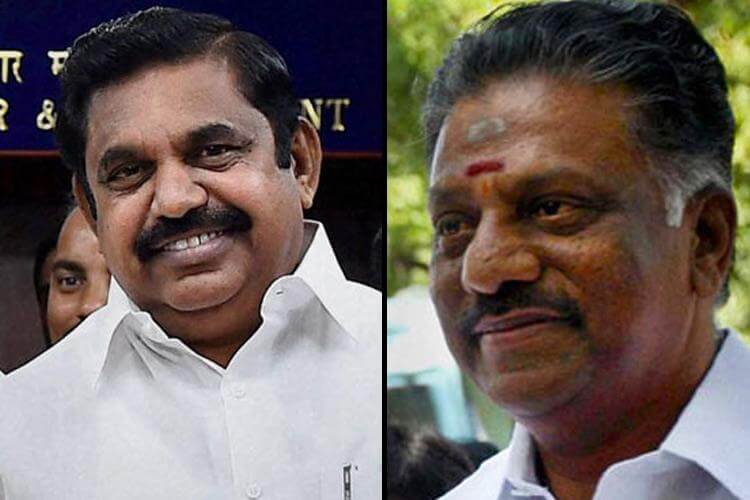 Merger talks between the two warring factions of Tamil Nadu’s ruling party are on the verge of collapse now over a demand to oust VK Sasikala and excise the influence of her extended family that holds over the government and party. Earlier, Pannerselvam camp has mentioned that there will be no merger talks until Sasikala and Dinakaran are booted.

After hectic backchannel negotiations for weeks, the two sides led by the current Chief Minister Edappadi Palaniswami on behalf of the jailed Sasikala and the other by the former Chief Minister O Panneerselvam who appears to be going in different directions.

The Panneerselvam camp is firm on its demand that Sasikala and her nephew Dinakaran, who was in a Delhi jail on the charges of attempting to bribe the election commission officials, must be expelled from the party formally if the merger discussions are to commence.

OPS, as the former CM is known, has time and again reiterated this demand and said that “this is non-negotiable.” The other pre-condition was a CBI probe into the death of former CM J Jayalalithaa after her 75-day hospitalization in Chennai last year.

But the ruling faction of the AIADMK seems to be in no mood to examine these two pre-conditions. CM Palaniswami blamed the former CM and his team for “putting up the conditions and changing them now and then as if to indicate that they don’t want merger talks.”

On addressing the party office bearers and cadres in Salem on Sunday, the CM declared that he was running out of tolerance with the attitude of the OPS camp and his outburst has indicated that the merger was now relegated to the background.

“Ours is a running government, and we have a full support of 123 MLAs. And ninety percent of the party’s office bearers were with our party,” Palaniswami stated. Finance minister D Jayakumar had been claiming as quoted “we are always ready for the talks, if and when OPS group wants. But they are only delaying, and we don’t know why.”

Another indication of the growing distance between the two factions is due to the declaration of a mass campaign by OPS. The former CM will be starting a mass contact program across Tamil Nadu from May 5. It would also be used as a campaign for the forthcoming local body elections and OPS would tour all the 32 districts and could even appoint the district office bearers for the party.

The crisis in Tamil Nadu had begun after OPS rebelled against Sasikala, who was a long-time confidante of Jayalalithaa and was tipped to take over as CM. The party split ahead of the assembly bypolls in Chennai’s RK Nagar last month, and that was scrapped following the allegations of large-scale financial irregularities and bribing. Sasikala is in the jail on corruption charges but her, along with her extended family which is known derisively as the Mannargudi Mafia are said to still wield considerable influence on the party.