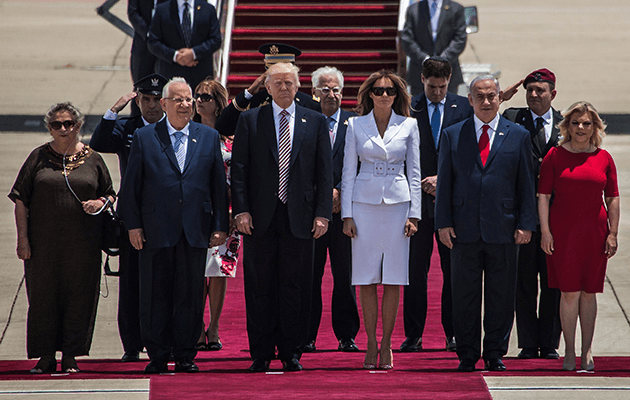 Melania is not the first political Celebrity to be out on a foreign journey at a time in the life of a spouse, but the way Melania appears by swatting away the US president’s hand and walked by maintaining a distance away behind Donald Trump, there is a stark vision of tension breaks between them.

Melania, unexpectedly, does not live in the White House; she is staying with Barron Trump after his school year in New York City. Footage shared online clearly shows Donald Trump first taking a look on his right where Netanyahu is carrying his wife Sara’s hand.

Almost immediately, as if in afterthought, Donald Trump turns left and reaches for Melania’s hand at a time when she is walking at least two steps behind, out of reach and somewhat off of the red carpet. Walking with her head looking straight ahead by wearing sunglasses, Melania’s wrist slaps away her husband’s palm after which Trump abruptly moves on to setting his tie. 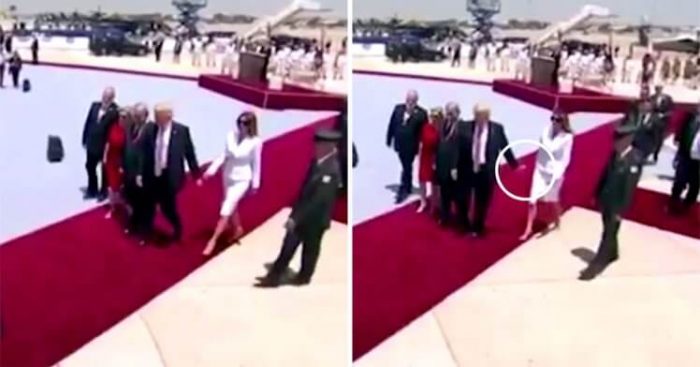 Takeoffs on the embarrassing moment are all the rage on social media. Melania is drawing some serious praise for hitting the “groper-in-chief.” “Most of America feels the same, Melania” is how the Tel Aviv slap is being reported around the world the Monday after the appointment by Muller and the James Comey firing that now has the Trump administration on edge.

“This just proves Melania hates Donald as much as America does,” from tweets.