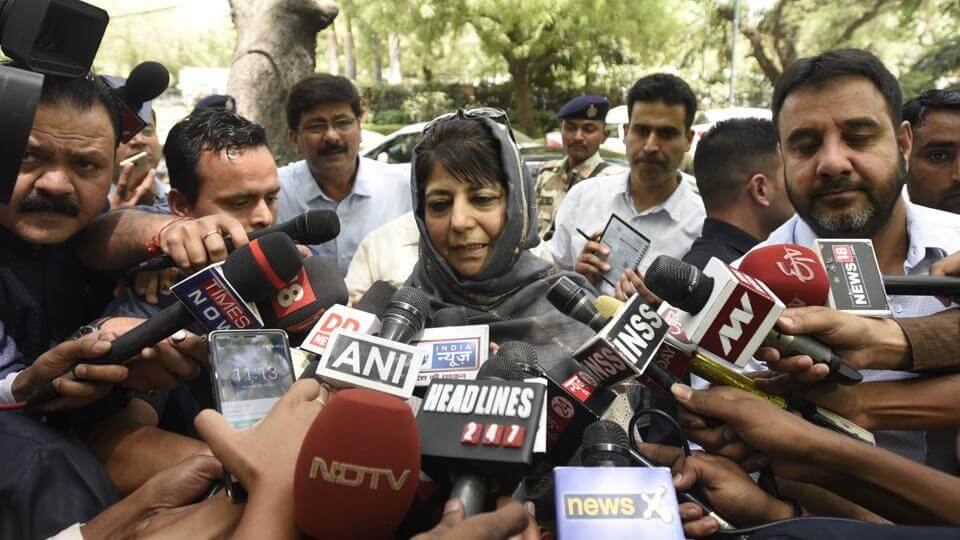 Jammu and Kashmir CM Mehbooba Mufti said on Monday Prime Minister Narendra Modi was “amenable” to discussions with all stakeholders to reestablish peace in the region but that no dialogue was possible in the face of bullets and stones. Earlier, internet services have resumed after two days in the restive Kashmir Valley although the region had remained shut as the response to a separatist strike over the killing of eight people in Srinagar by poll violence.

Mufti made the annotations after meeting Modi in New Delhi on a day violence spiraled in Kashmir. A confined leader of Mufti’s People’s Democratic Party (PDP) was shot dead by speculated militants and students argued with security forces in Srinagar’s Lal Chowk. At her meeting, Mufti assigned to former Prime Minister Atal Bihari Vajpayee’s more moderate vision for Kashmir and said Modi too believed in that arrival to peace.

“Modiji has frequently said he will follow in the footsteps of Vajpayeeji, whose policy was of reconciliation, not confrontation,” Mufti said reporters after the meeting. “There is no choice but to talk, but it can’t happen amid stone-throwing, bullets.” Vajpayee’s government was the prime to hold talks with Kashmiri separatists in 2004. Asked if Modi was planned to speak to the separatists, Mufti said, “We need to pick up from where Vajpayeeji left. Otherwise, the circumstances will never improve”. 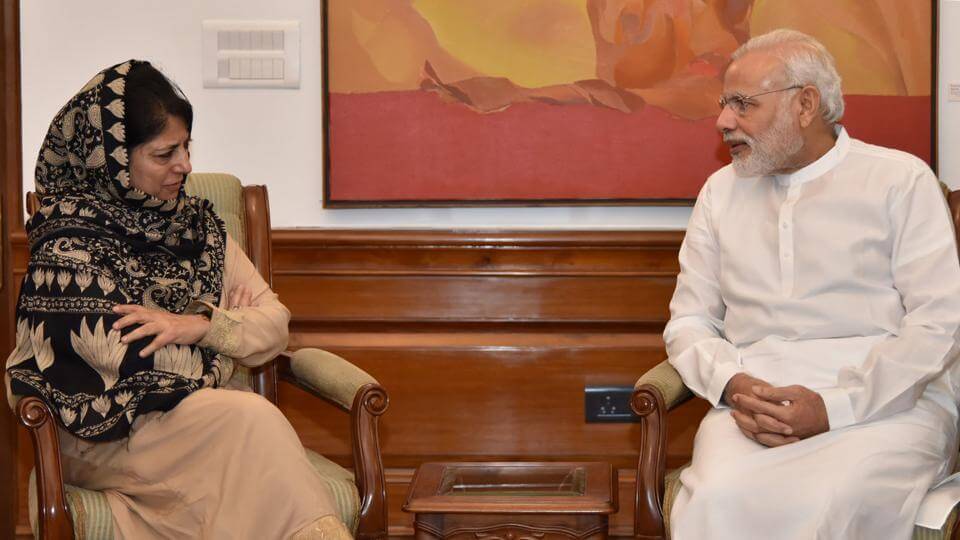 The chief minister has stirred the Centre for talks with the separatists in the hope of assuaging widespread anger.

There was no immediate confirmation of this from the Prime Minister’s Office. Kashmir had remained largely paralyzed since July when government forces killed a young militant leader, Burhan Wani, touching off months of deadly street protests. The government countered with force, leaving more than 100 people dead.

Violence fastened again this month after eight people were killed during an assembly by-election in Srinagar. Since then, numerous video clips purportedly showing alleged human rights abuses by security forces have also attached to public anger, often manifested in massive throngs of stone-throwing crowds taking little groups of well-armed security forces. Mufti also faced Union home minister Rajnath Singh. After the meeting, she stated the situation in Kashmir would improve in 2-3 months but do not spell out how.

The PDP became hugely offensive after forming a governing alliance with the BJP in 2015, and much of Mufti’s rule has been used trying to douse the violence. The chief minister has stirred the Centre for talks with the separatists in the hope of assuaging widespread anger.

“Because of reports, many things had happened. These led to the availability of Muzaffarabad and Rawalakot roads, a ceasefire was declared on the India-Pakistan border, talks were held with the Hurriyat,” she said, relating to Vajpayee’s outreach to an umbrella organization of Kashmiris separatists. “Modiji has frequently stated that he will follow Vajpayee’s footsteps. Modiji has always agreed with Vajpayee’s policy of talking to our people, but for that, a promoting atmosphere needs to be created.”

She also appeared to draw a difference between stone pelters some young people who were “disillusioned” and others who were “instigated,” including through the utilization of social media sites. Mufti said a conference of the military’s unified command on Tuesday would discuss how to counter propaganda on social media.