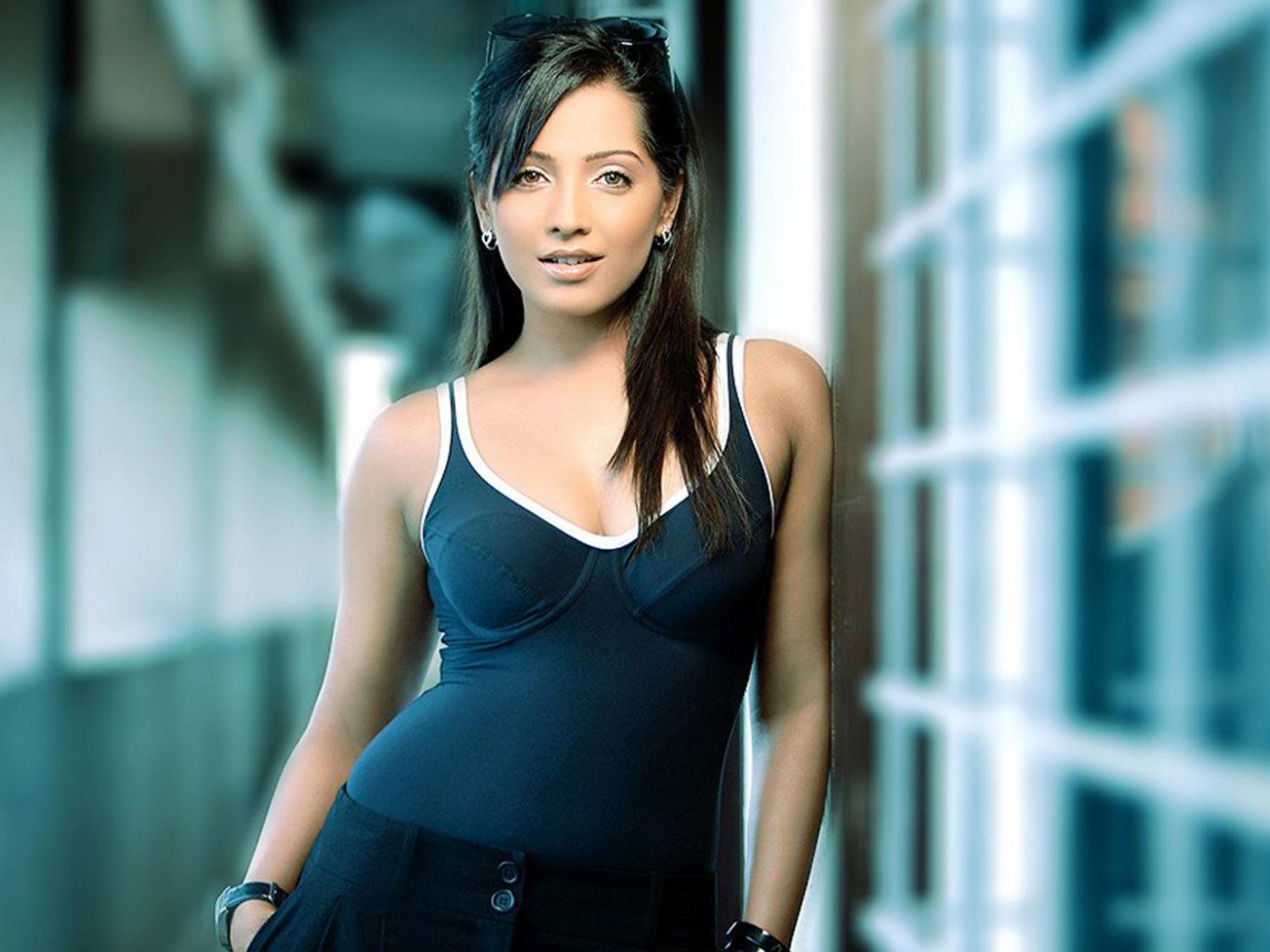 Meghna Naidu is an Indian movie actress and dancer, who works in the Hindi, Tamil, Telugu and Kannada film industry. She made her acting debut with the music video titled “Kaliyon Ka Chaman,” for UMI10 in the year 2000. She made her Telugu debut with the movie titled “Prudhvi Narayana,” directed by P. Vasu in the year 2002. Check below for Meghna Naidu Wiki, Biography, Age, Movies, Images and more.

Meghna Naidu was born on 19 September 1982 in Vijayawada, Andhra Pradesh, India. Meghna Naidu family is now residing in Mumbai, Maharashtra, India. Her father name is Ethiraj, worked for Air India and was a tennis coach and her mother name is Purnima, a School teacher. She has a sister named Sona. Her schooling details will be updated soon. She finished her graduation in B. Com at Bhavan’s College, Andheri, Mumbai. She has learned Bharatanatyam for seven years and also worked as a tennis coach in the US for four years.

Meghna Naidu started her acting career at the age of 18 with the Telugu movie “Prema Sakshi,” in the year 1999. Following the success of that movie, she starred in one more Telugu and two Kannada films. Later, she appeared in the UMI10’s music video “Kaliyon Ka Chaman,” directed by Radhika Rao and Vinay Sapru. The music video has become a huge success and gained her recognition. She consequently appeared on many stage performances in and outside of India. In the year 2004, she made her Bollywood debut with the B-grade movie titled “Hawas,” directed by Karan Razdan. Following that movie in 2005, she starred in the movie “Classic Dance of Love,” in the lead role along with Mithun Chakraborty and Vikas Bharadwaj. She also appeared in various Tamil movies like Saravana, Jambhavan, Veerasamy, Vaitheeswaran and more. Meghna Naidu has also participated in the TV shows like Fear Factor – Khatron Ke Khiladi and Dancing Queen. Moreover, she also acted in the television serial titled “Jodha Akbar,” on Zee TV.