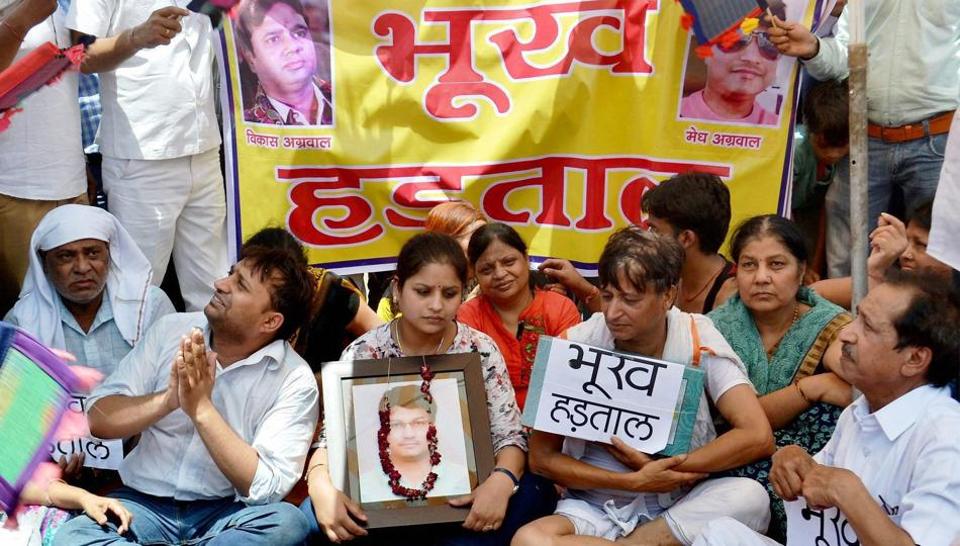 Six members of a group allegedly involved in the killing of two jewelers in Mathura on May 15 were arrested following an encounter with police on Saturday, officials said. The captured six were identified as Rakesh alias Ranga, the leader of the gang, two of his brothers Kameesh alias Chini and Neeraj and Aditya, Aiyush and Chotu. Two band members were wounded in the encounter. The Uttar Pradesh Police on Saturday captured six, including the main accused, for killing two jewelry traders in Mathura. Earlier, a BJP MLA in CM Yogi Adityanath’s parliamentary constituency Gorakhpur had pulled up a woman IPS officer publicly made her teary-eyed, an incident that was captured on the camera and triggered a spate of allegations.

On May 15, two dealers were killed, and two others were injured during a robbery in Koyalawali Gali in Holi Gate area. Six protected men came on motorbikes and barged into jewelry shops in the market falling under Kotwali police station limits, and opened fire. Two persons, identified as Vikas Agarwal and Megh Agarwal, were killed.

Police tracked down the gang members to Hanuman Gali in Choubeyapada of Mathura. They were hiding there since the night of the crime, said additional director general of police (Agra Zone), Ajay Anand. Police are said to have seized the gold looted by the gangsters, but details are awaited.

“Six of the indicted have been arrested. Two of them were wounded in the encounter, and one of them, Neeraj, has been taken to SN Hospital in Agra for treatment,” Anand reported.

Rakesh is a native of Choubeyapada and has a criminal record. He was freshly released from jail. The arrests took a position a day after bullion traders observed a statewide bandh demanding the arrest of the assailants.

All 1,445 jewelers group in Lucknow, along with 16,770 stores in other parts of the state were closed. Jewelers took out a scooter rally in Mathura and staged dharnas in Lucknow and Kanpur. Family members of one of the killed traders also sat on a dharna in Mathura on Thursday. They ended their protest after officials sought two days to arrest the accused.