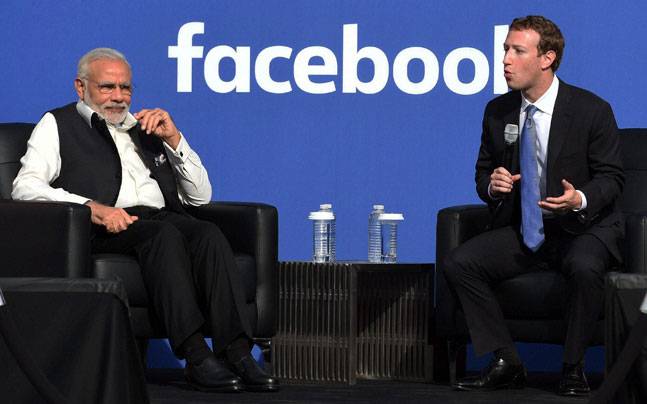 As Mark Zuckerberg put forth Facebook’s vision for the coming years, Prime Minister Narendra Modi has found a special mention in a long post made on the social networking website detailing his plans in ‘bringing humanity together.”

Talking about how citizens have been engaging with their government and leaders on issues and everyday matters beyond the ballot box, Zuckerberg said as quoted, “Beyond voting, the greatest opportunity was helping people stay engaged with the issues that matter to them every day, not just every few years at the ballot box.”

Zuckerberg has talked about how the social media could help in a direct dialogue and accountability between the citizens and their elected politicians. On citing the example of Narendra Modi, Zuckerberg said that “in India, Prime Minister had asked his ministers to share their meetings and information on Facebook such that they could hear all the direct feedback from citizens.”

Beyond voting, the greatest opportunity was helping people stay engaged with the issues that matter to them every day, not just every few years at the ballot box.

Interestingly, on talking about the power of the social media in the world politics, Zuckerberg added. “In Kenya, the whole villages were in WhatsApp groups together, including their representatives. In the recent campaigns around the world even from India and Indonesia across Europe to the United States, we have seen the candidate with the largest and most engaged following on Facebook usually wins.”

He also said that like television became the primary source of communication in the last generation, social media was defining the 21st century. PM Narendra Modi has long been associated with social media and especially with Facebook. Since taking over as the Indian prime minister, Mr.Modi has had a high engagement with the Facebook that includes the hugely publicized Townhall meeting in the fall of 2015.

Mark Zuckerberg said that the progress now requires ‘humanity coming together not just as cities or nations, but together as a global community.’ He has offered his social media platform as the solution to bring ‘us closer together.’ Mark Zuckerberg, has been denying the reports which suggested that he wants to be involved in the US politics, but his latest post was like a manifesto regarding the world politics and the international relations.

Mark Zuckerberg began his post by asking, “On our journey to connect to the world, we often discuss the products we were building and updates on our business. Today I want to focus on the most important question of all: are we making the world we all want?” He also talked about how our opportunities were not more globalized than ever, and so as the responses to the challenges.

Government School in Madhya Pradesh is running without students