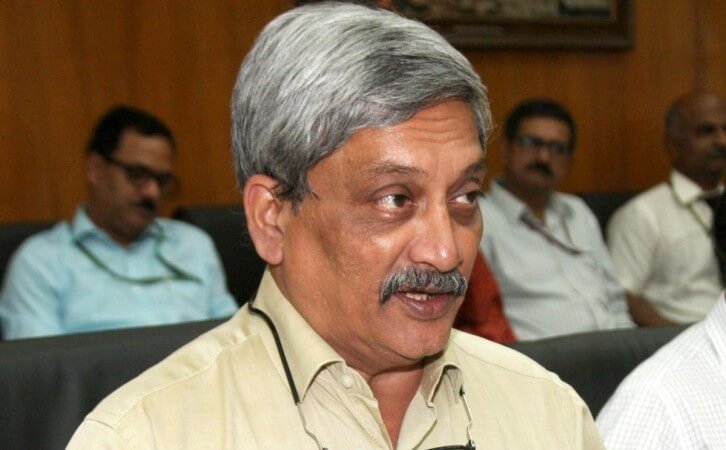 The Bharatiya Janata Party (BJP)-led government in Goa, headed by Chief Minister Manohar Parrikar, won the crucial floor test on Thursday with the support of 22 MLAs. A special Assembly session was convened for the purpose. Congress MLA Vishwajit Rane was abstained and walked out of Assembly during the trust vote. Congress could only manage to sway 16 votes. Parrikar, who had stepped down as the Defence Minister, was sworn-in as the Chief Minister of the coastal state for the fourth time on Tuesday evening, along with the nine ministers.

BJP in Goa has smoothly won a crucial Supreme Court-mandated floor test on Thursday with 22 votes for it in the 40-member Assembly. That gave the BJP-plus combine a majority as it needed 21 and allowed the new CM Manohar Parrikar-led government to continue.

The BJP bagged 13 seats in the state polls that were held in the last month. When it went on stake claim to form the government on Sunday, it claimed the support of three MLAs each of the Goa Forward Party and the Maharashtravadi Gomantak Party, as well as three independents. It had given the BJP with 22 and the Congress party with 17 seats.

Parrikar, who had stepped down as the Defence Minister, was sworn-in as the Chief Minister of the coastal state for the fourth time on Tuesday evening, along with the nine ministers

The Congress Party has filed a plea on Monday to stay the swearing-in ceremony which was scheduled for Tuesday and order a floor test. It has alleged the BJP’s “bribing opposition MLAs” to support it to form the government. The top court has allowed the swearing in to go ahead and scheduled the floor test on Thursday.

Parrikar announced the media after the floor test as quoted “We have proved before the people of India, we had support, and we proved it on the floor of the house. Everyone voluntarily came and voted, none of them were kept in a hotel room or secluded commonplace as was the case of the opposition.”

Parrikar added that they had 23 MLAs with us, all stood by us, and 22 voted in their favor, the Speaker, who is from our party could of course not vote. “Wild allegations have being made, and those with the colored glasses make those allegations,” he further said about the Congress party’s accusations.

Congress Vice President Rahul Gandhi on Thursday morning again alleged that the BJP is stealing the Goa government. “In Manipur and Goa, the BJP has used the money to take the government from the Congress,” Rahul Gandhi said in Chandigarh. He was speaking to the media after the swearing-in of Amarinder Singh as Punjab’s Chief Minister.

Parrikar stated that it is a government of coalition and that decisions will be taken by the coalition on appointing a deputy CM. He also said that a cabinet meeting had been scheduled for Friday. BJP President Amit Shah and Union Minister Nitin Gadkari had attended Manohar Parrikar’s swearing-in ceremony.

Also, Goa’s former Chief Minister Laxmikant Parsekar was also present. Prime Minister Narendra Modi had congratulated Mr.Manohar Parrikar, to which he replied saying, “Thank you Pradhan Mantriji. As always, looking forward to your full support and cooperation for the development of Goa.”

Lately, BJP scripted a new history as Biren Singh has taken oath as the CM in Manipur and BJP had acquired the government from Congress after three consecutive terms of office. BJP has termed as the strongest ruling party in the democratic nation with the wide range of support from its citizens that was evident with the seven-phase phase election result.