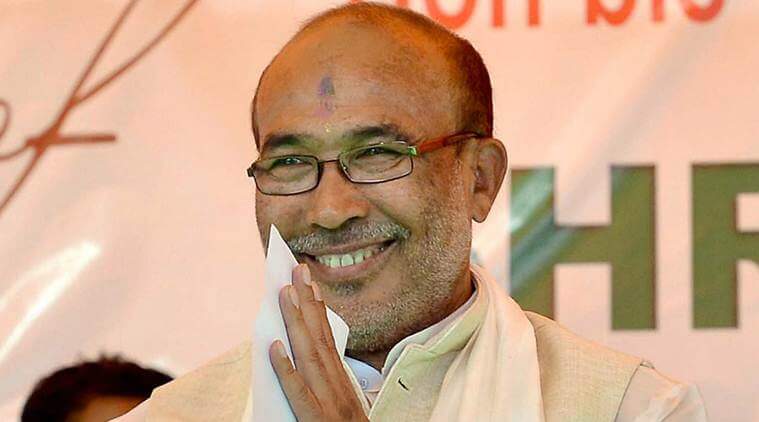 Imphal: Bharatiya Janata Party’s Nongthombam Biren Singh, who on Wednesday took oath as the Chief Minister of Manipur, won the floor test with the support of 32 MLAs in the 60-member Assembly on Monday. The BJP had left no stone unturned to form the government in the state. Biren Singh has sworn in as the first BJP Chief Minister of Manipur on March 16. The BJP has scripted a history as Biren Singh took oath as a CM.

Only two BJP MLAs including the Chief Minister were inducted in the BJP-led ministry, while four MLAs of NPP, one each of NPF, LJP and the Congress legislator who joined the saffron party were included in the ministry. Yumnam Khemchand Singh of the BJP was elected as the Speaker of Manipur Assembly ahead of the floor test. 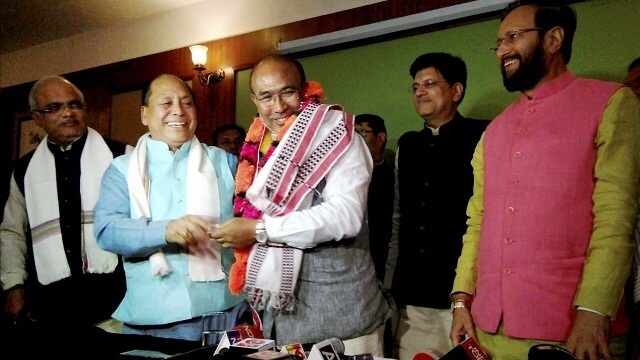 Hangkhalian had won the Assembly elections from Churachandpur seat on a BJP ticket. After his swearing in as the Protem Speaker, Hangkhalian administered the oath to newly elected MLAs in the Manipur Assembly premises. The BJP won 21 seats and formed the state government with the support of four each MLAs of NPP and NPF, one MLA of LJP and one each lawmaker of Congress and Trinamool Congress who joined the saffron party.

The Congress had emerged as the largest party in the state on winning 28 seats, but the party fell short of the majority. BJP won 21 seats and made a bid for the power claiming it has the support of 33 legislators in Assembly. On Wednesday, eight other ministers from the BJP and its alliance parties also took oath along with the Chief Minister and Deputy Chief Minister.

Biren Singh, a national level football player-turned-journalist was a key member of the Congress party when he decided to join BJP in October 2016, after falling out with then-CM Okram Ibobi Singh. Singh started his political journey with a regional Democratic Revolutionary People’s Party in 2002. On Tuesday, Najma Heptulla, the Manipur Governor has invited Singh, who was unanimously elected the leader of the 21-member BJP legislature party on Monday, to form the government.

Chief Minister Aditya Nath In Delhi, Likely To Discuss The UP Portfolio Distribution With Modi