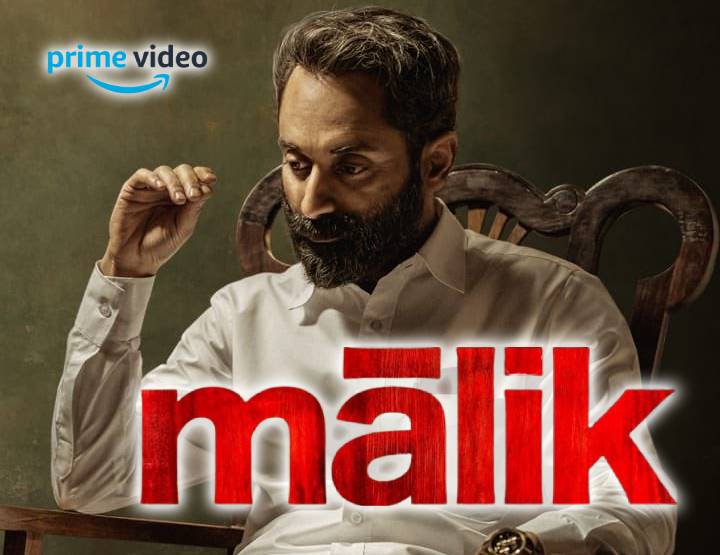 Watch Malik Movie Online (2021): Fahadh Faasil’s much-anticipated movie Malik is set to premiere on Amazon Prime Video. The movie is helmed by Mahesh Narayanan. It has a stellar cast that includes Nimisha Sajayan, Joju George, Biju Menon, Dileesh Pothan in significant roles. The movie is initially slated to release on theatres, but covid restrictions and closure of cinema halls in major locations cause the filmmakers to direct OTT release. Amazon Prime got the streaming rights for the film. Malik movie will be premiering on Amazon Prime Video from July 15.

Malik movie will be the next benchmark in Fahadh’s career. The tale of the story, a common man who rises his voice and shows leadership against political and police corruption in a rural coastal village. Recently Fahadh Faasil’s Joji movie also released on Amazon Prime Video. It has more than 25k+ movies and Series like Cold Case, Narappa, Master, Karnan, The Family Man, and more.