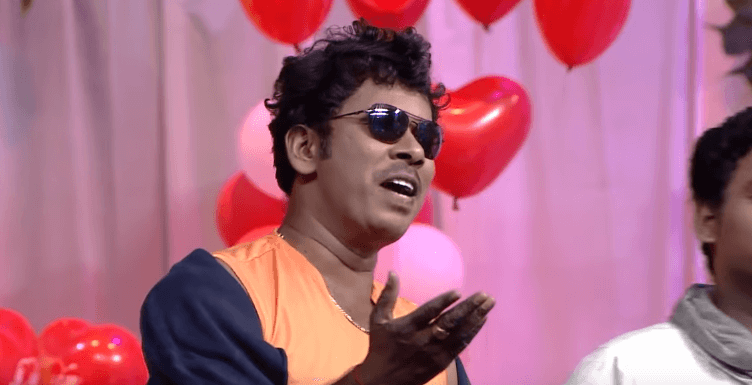 Ramar, popularly called Ennama Ramar and Madurai Ramar. He is an Indian comedy artist and actor, who works in Tamil Television and film industry. He is a drama artist who is famous for his timing comedy and variety of comedy dialogues. Madurai Ramar is an entertainer who makes people laugh at his humour sense. He has appeared in the television show Adhu Idhu Edhu which was telecasted in Vijay TV.

Madurai Ramar was born on 4 January in Madurai, Tamilnadu, India. With the interest to enter into cine field, he left his hometown and marched towards Chennai. Initially, He didn’t have any financial support to survive. He had struggled a lot to survive in the initial phases of life. He got an opportunity to participate in Vijay TV’s Adhu Idhu Edhu which turned his life upside down. His hard work and struggle have made him overcome all the struggles.

He became very famous from his dialogue ”Ennama Ippadi Panreengale Ma” This Phrase all began in Athu Ithu Yethu Show of Vijay Tv, where he scooped the famous show ”Solvathellam Unmai” hosted by Lakshmy Ramakrishnan. He made everyone laugh like a hell. And the episode was so popular that it was 100% Entertainment guarantee material. It was scooped as ” Solvathellam Poi Mela Vaikatha Kai ”. Also, the dialogue “Police uh Koopiduvaen” covers nearly 3 Million peoples on Youtube. Behindwoods awarded him as the Best Popular Comedian in television for Kalakka Povathu Yaaru Champions.