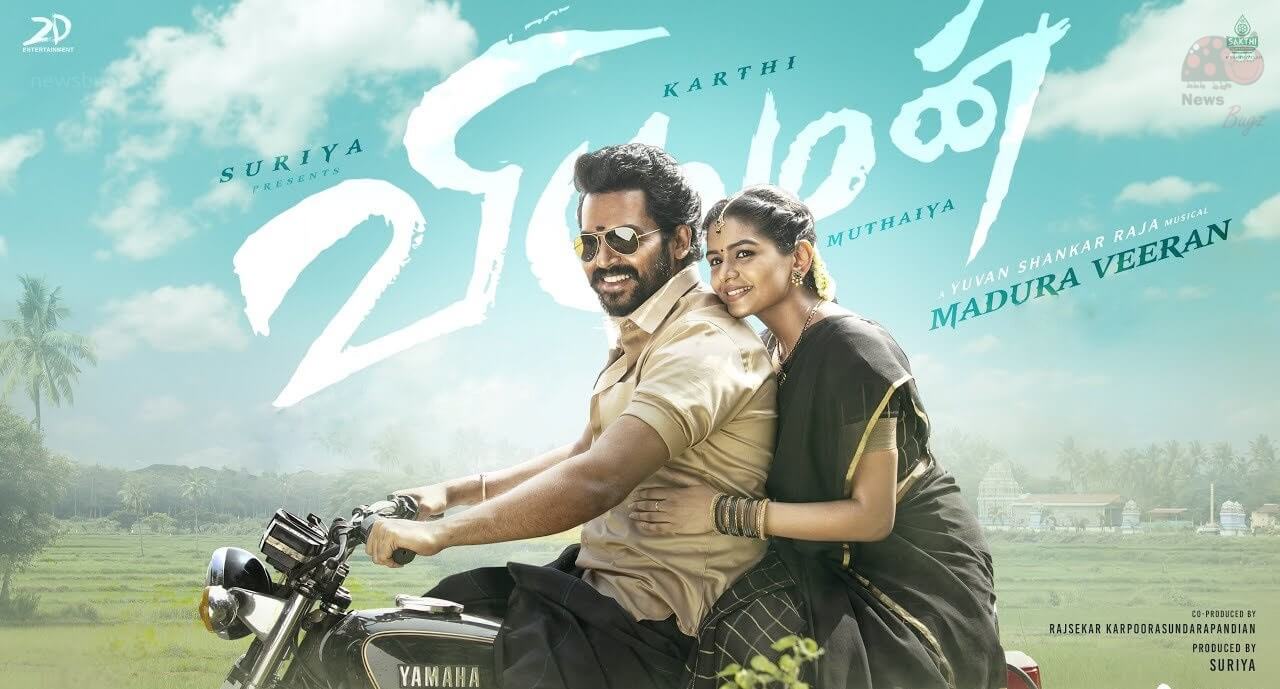 Madhura Veeran is the second single from the Viruman movie which is directed by Muthaiya. It is a duet song where protagonists Karthi and Aditi Shankar gave their best performances. The song was composed and sung by Yuvan Shankar Raja. Aditi Shankar also lends her voice for Madura Veeran song. The lyrics were penned by Raju Murugan. Sony Music Entertainment acquired the audio rights for his movie. Viruman movie is slated to be released on August 12, 2022.