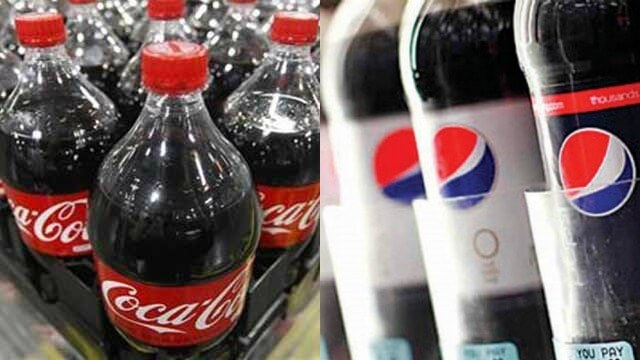 On Thursday, the Madurai bench of the Madras High Court dismissed two PILs against the supply of Thamirabarani water to the co-packers of Pepsi and Coca-Cola in Tamil Nadu. In November 2016, the court had banned Pepsi and Coco-Cola multinational beverage companies from using the Thamirabarani river water for their bottling plant on a plea that these enterprises were spoiling the lives of people and they were unable to do farming activities.

DA Prabakar, Tirunelveli District Consumer Protection Association secretary, had filed a petition demanding a ban on the supply of water from Thamirabarani river to the companies. The petitioner has stated that there were about 20 integrated drinking water projects in Tirunelveli, Ramanathapuram, Tuticorin, and Virudhunagar districts which depend on the river of Thamirabarani.

He also said that the companies paid only 37.50 paise per 1000 liters of water which has been extracted and has sold their beverages at a much higher cost to the same people. The petitioner had said that allowing the supply of Thamirabarani water to the two companies would affect the lives of individuals in five districts and the sale of these soft drinks must be stopped.

Madras High Court lifts up the ban on Thamirabarani River water supply to Pepsi and Coca-Cola in Tamil Nadu after the counter-affidavits filed as only the surplus water is channeled to companies.

In February this year, at a hearing, the petitioner’s counsel had said that agriculture is the primary source of income to the people in Tirunelveli and due to the supply of water to these companies, the agricultural activity and livelihood of the people was getting affected.

Besides the plea, as per the Supreme Court order, water should not be taken for any commercial purpose activity. However, Pepsi and Coca-Cola companies said many other corporate groups drew water from the river, but the petitioner had filed the case only against the two companies.

The counter-affidavits submitted by the government department of public works and the Tirunelveli Collector claims there was enough source of water in the river, and only the surplus water is channeled to companies. Meanwhile, on Wednesday, the shopkeepers in Tamil Nadu began removing Pepsi and Coca-Cola from their shelves after a call by the Tamil Nadu Traders Federation to boycott the soft drink giants.

Earlier, the Traders Federation President A.M.Vikrama Raja has said that “About 70 percent of the (15 lakh) traders decided to boycott the sales of Coco-cola and PepsiCo from today onwards due to their toxic nature. Whatever you find on the shelves in the stores are remaining stocks and those not taken back by the (distributing) agencies.”

A ban on the selling of soft drinks of these multinational companies was proposed as result of pro-jallikattu protests in the state held in the month of January; it was claimed that the People for the Ethical Treatment of Animals (PETA) the US-based NGO was responsible for the Supreme Court ban on the bull-taming sport.