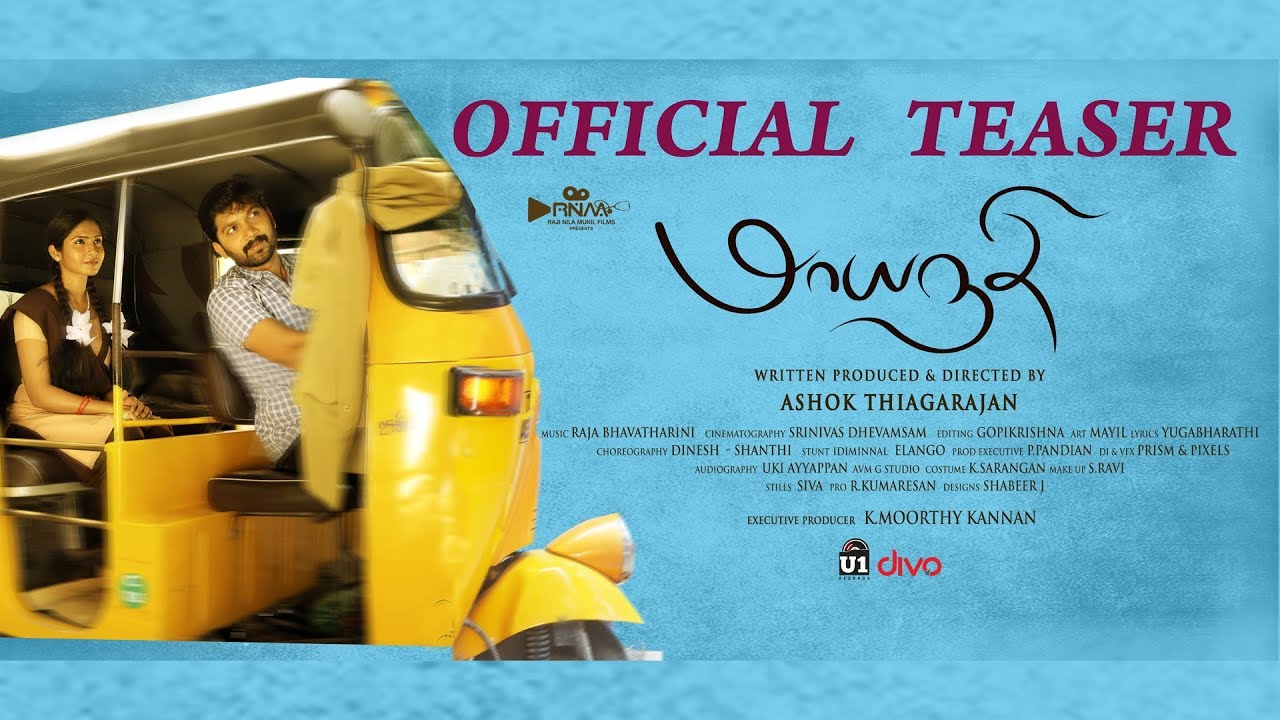 Maayanadhi is a Tamil movie written, directed and produced by Ashok Thiagarajan. The film stars Abi Saravanan and Venba in the lead along with Aadukalam Naren, Appukkutty, Venkatesh in the supporting roles. Presented under Raji Nila Mukil Films banner, the film has Raja Bhavatharini’s music. She is a daughter of Maestro Ilaiyaraaja.