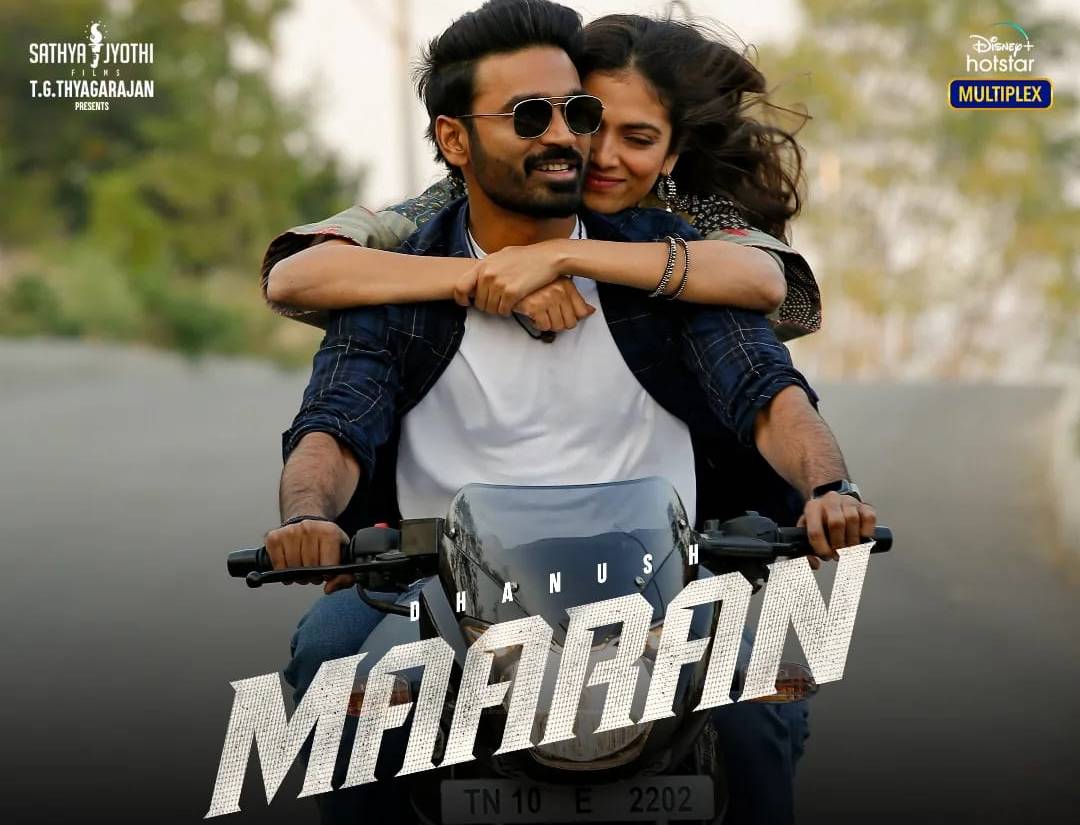 Maaran is the latest Tamil movie directed by Karthick Naren of Dhuruvangal Pathinaru fame. The film features Dhanush, Malavika Mohanan, Smruthi Venkat, and Samuthirakani in prominent roles. It is the 43rd film by actor Dhanush. GV Prakash Kumar roped in for the music. It is the first collaboration of Dhanush and Karthick Naren. The first look of the film was released on 28 July 2021 (Thursday). The film was jointly bankrolled by Senthil Thyagarajan & Arun Thyagarajan under the banner Sathya Jyothi Films. The audio streaming rights were bagged by T- Series and Lahari Music. Vivekanand Santhosam handles the camera for the film.

Maaran movie is a direct ott release. The online streaming rights of the film were bagged by Dinsey Plus Hotstar. Dhanush’s Maaran movie is set to premiere on March 11, 2022

Here is the complete cast list of Maaran Tamil Movie 2022,

Here is the interesting look of actor Dhanush from Maaran movie 2022,