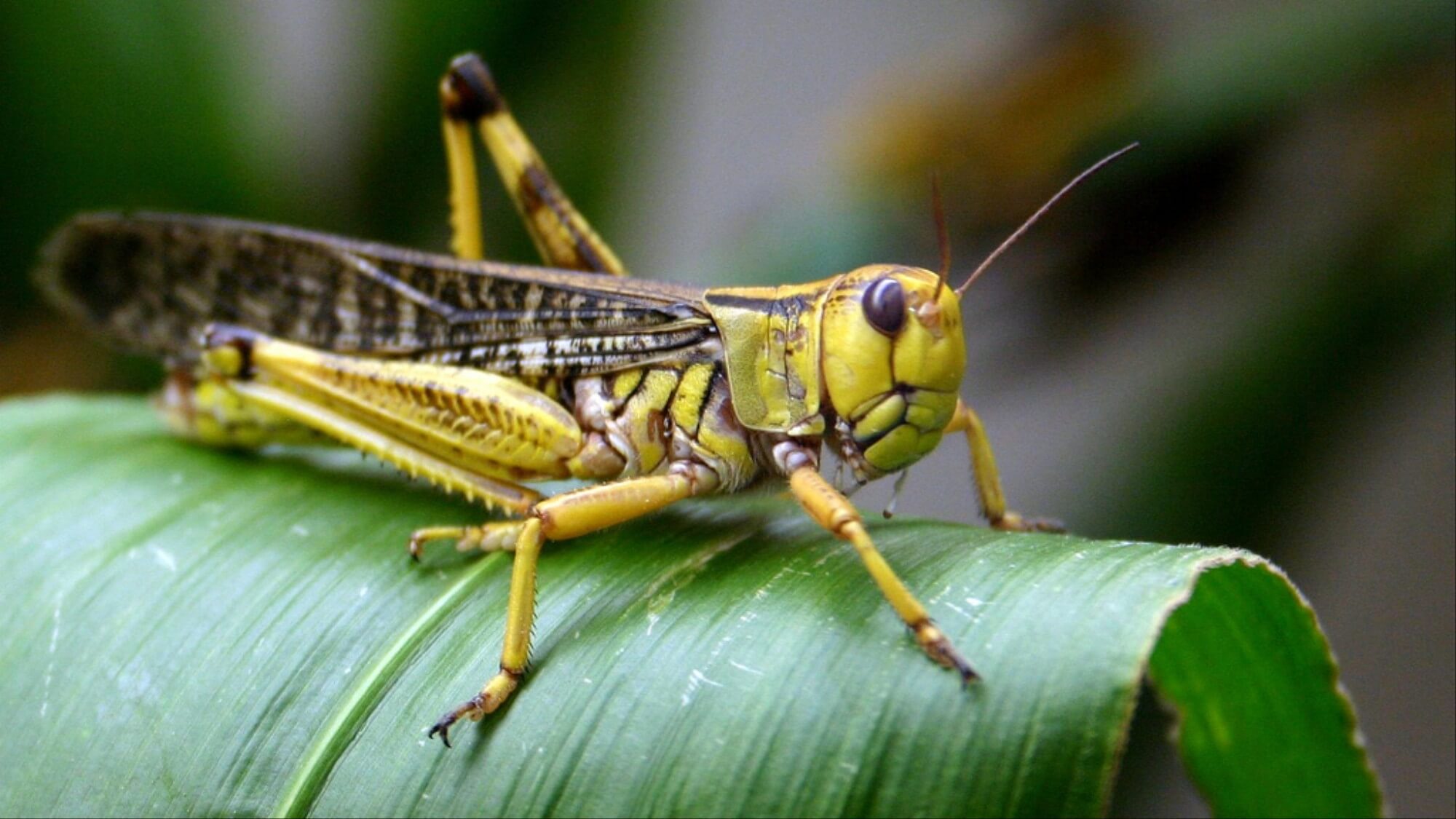 Locust seems like harmless grasshoppers, but it one of the dangerous insect in the world. The species is developed with the mixture of several short-horned grasshoppers of the family Acrididae. This breed does not belong to any genus or subfamily but the member of grasshoppers. Then there is no taxonomic distinction between Locust and grasshopper species as they are similar in structure. Locust gets distributed all over the world, and it is a long-distance migrator as a destructive swarm. This creatures are solitary in nature and avoid contacting each other. They will wait for a perfect condition to join, after heavy rain the contact of the insects are unavoidable. They meet each other and become a swarm within an hour of time. This insect grows up to the length of 1.25 to 7.5 cm. You can find this creature in all continents around the world except Antarctica and North America. Moreover, these insects are most common in Africa and Asia.

Locust is the only hybrid species of the grasshopper. So it does not have any subspecies.

Check out some pics of desert locust,