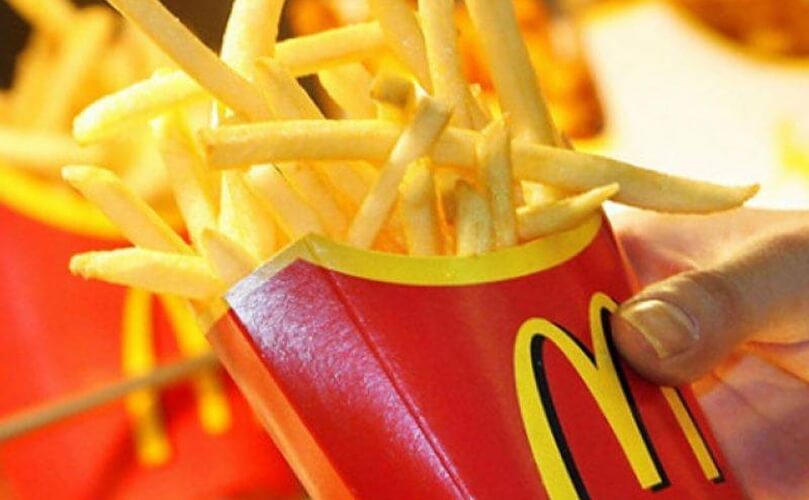 Everyone loves french fries for sure and french fries at McDonald’s – certainly so. But Priyanka Moitra families experience at the food store will surely leave a bitter taste in your mouth.

Priyanka Moitra and her family stopped at a McDonald’s outlet in Kolkata EM Bypass area to celebrate her daughter’s birthday. They ordered McDonald’s special french fries and some other food items. While they had their meal, Priyanka’s daughter noticed a deep fried lizard in the French fries served plate.

Priyanka Moitra said, “It was my four-year-old daughter’s birthday. So, on Tuesday, we had gone to the Mani Square area McDonald’s outlet, where we ordered the burger and french fries.” 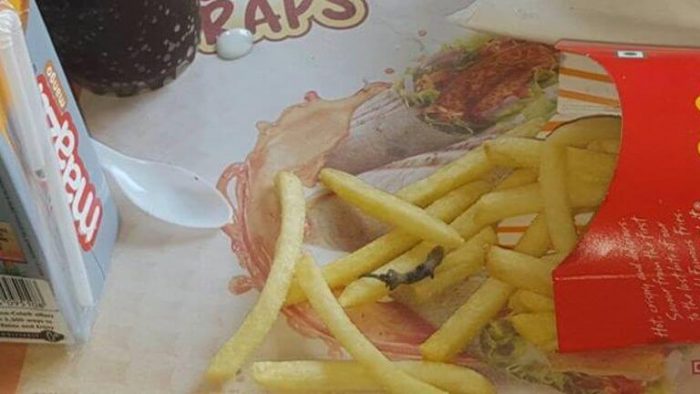 She also said, “As we started eating, i noticed a deep fried lizard with the french fries, which got me vomiting. At once I’ve reported the matter to the outlet manager about the incident; he showed a casual attitude and simple said a sorry and took away the order and offered to replace the same with free stuff.”

Priyanka, who is pregnant, started to feel sick at the sight of the dead lizard. She was worried about the health of her daughter and her unborn baby, so she reported the incident to the outlet manager.

Complaint Lodged against the Outlet

She immediately clicked a picture of the dead lizard along in the French fries and filed a FIR against the McDonald’s store with the Phulbagan police station. After filing the complaint, she said that it is important to file a police complaint as people should be aware of this incident as consuming such poisonous food can be fatal.

Priyanka and family have said that they will take up the issue legally with the food giant. Sanjay Mitra, Priyanka’s husband who is currently in Lucknow, has stated that he was shocked to know about it. He was concerned about his family’s health as his wife is pregnant. As soon as he heard about the incident, he contacted McDonald’s office at Delhi and Kolkata, but they haven’t bothered about it and haven’t apologized for it.

Meanwhile, in his defense, the official spoke person of McDonald’s India for North and East divisions has said that “We have been in contact with the customer who has complained, and we are taking this situation seriously. As soon as we know about the complaint, we have launched an investigation to gather the information on this the matter. Examine of the case is under process, and we are fully cooperating with the authorities involved.”