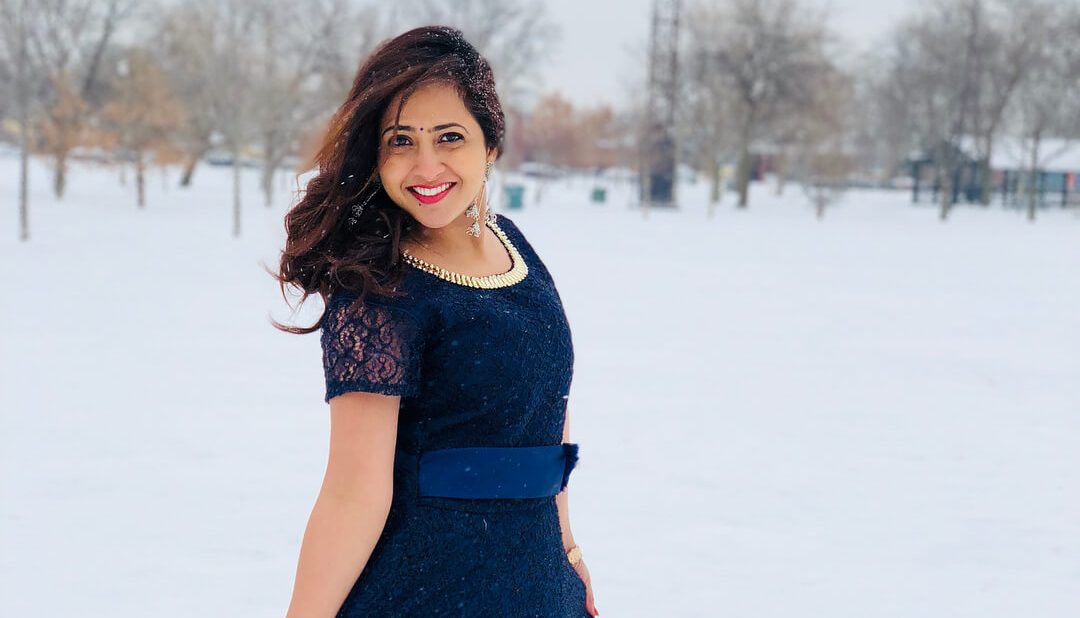 Lasya Manjunath is an Indian television anchor as well as she is an actress, who predominantly appears in Telugu television industry. She is quite famous for the television show Something Special along with Ravi. She appeared in various movies and Television serials. She is one of the contestants in Star Maa Bigg Boss Telugu Season 4 hosted by Nagarjuna Akkineni.

Lasya Manjunath has appeared in the movies like Raja Meeru Keka and Manchi Lakshanalunna Abbayi. Moreover, she appeared in various shows with co-anchor Ravi. Check out below for Bigg Boss Lasya Wiki, Biography, Age, TV Shows, Images, and more.

Lasya Manjunath was born in Tirupati, Andhra Pradesh, India. She did her graduation in Chaitanya Bharathi Institute of Technology, Hyderabad. Lasya Manjunath has got married to her long-term boyfriend Manjunath Chillale, they both got married on February 15th, 2017. She started her career as a VJ on television, and she got the biggest breakthrough by the show Something Special she appeared along with Anchor Ravi and it is telecasted in Maa Music.

Later Ravi and Lasya have become a great part on the screen, after that she started doing shows alone the shows are Maa Uuri Vanta, and more. Moreover, she appeared in a Television serial in a lead role on ETV Plus.

Check out the latest images of Bigg Boss Lasya Manjunath,