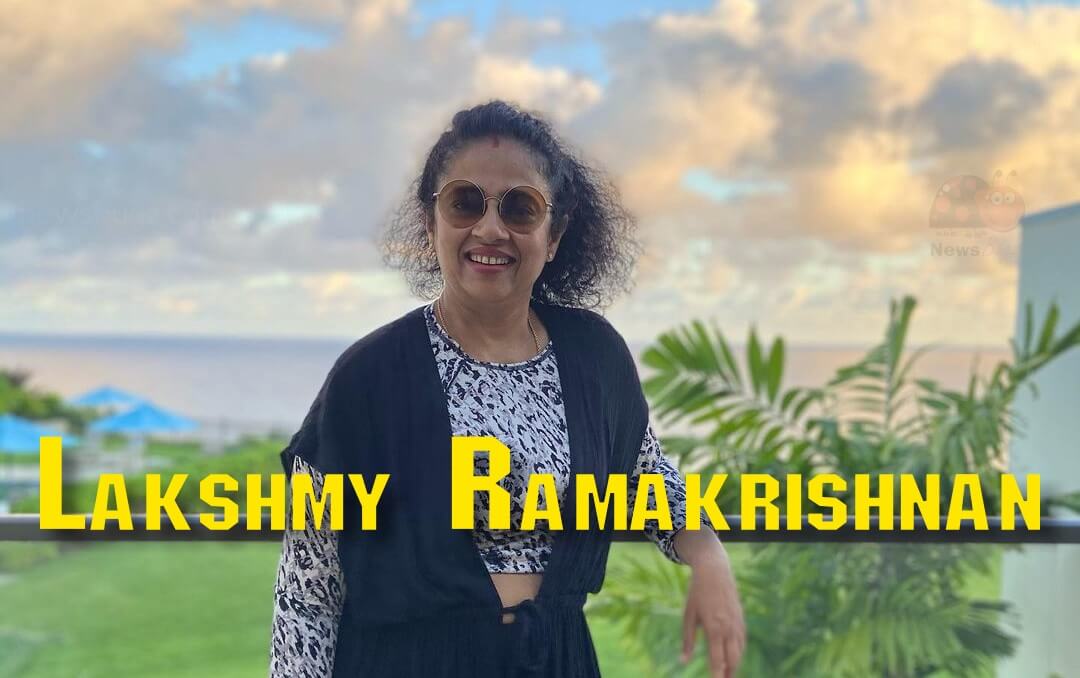 Lakshmy Ramakrishnan is a multi-faceted person as an Indian Actress, director, and fashion designer. She made her debut in the Malayalam film Chakkara Muthu (2006) and had since appeared primarily in supporting roles in Tamil films such as Pranayakalam, and Jacobinte Swargarajyam, Naadodigal, Singam Puli, Violin, Chennaiyil Oru Naal, and Kathakali. Dhanush fans trolled her by asking her to bring him and Aishwaryaa together.

Her husband Ramakrishnan worked in Saudi Arabia and then moved to the United States, as he got posting with IBM. Lakshmi is a former Mrs. Coimbatore, and she took care of her family along with managing careers in fashion designing, and event management.

During her abroad stay, Lakshmi utilized the time for social activities by conducting workshops for women and children. She has three daughters named Sharadha, Sruthi, and Shreeya.

Lakshmy Ramakrishnan returned to India and directed six short films. In 1984, Lakshmy worked on a serial with 13 episodes aired in Doordarshan. She made her acting debut in 2006 with the Malayalam film ‘Chakkara Muthu’ directed by Lohitha Das. She played Kavya Madhavan’s mother as Devayani Teacher, which was praised widely and won accolades. She later played supporting roles in various films like ‘Pranayakalam’, ‘July 4’ and ‘Novel’.

She made her Tamil debut in ‘Pirivom Santhipom’ directed by Karu Pazhaniappan. She represented an angry mother who wants to avenge her daughter’s death in Mysskin’s Yuddham Sei (2011) and received rave reviews.

Lakshmy Ramakrishnan directed the film titled Aarohanam in 2012 which was her first function film and obtains a particular award from the jury in the 7th Vijay Awards. Her second directorial venture is Nerungi Vaa Muthamidathe which the story is based on revolving around a petrol crisis. She has worked in television shows and acted in serials. She hosted the reality show Solvathellam Unmai in Zee Tamil.

This critically praised show is the talk of the state and has completed 500 episodes creating bondage and strong relationships. Active anchor Lakshmy Ramakrishnan’s unbiased look at every issue being bought in this show that has made the appearance as the most talked show in the state.

Take a look at the cool new photos of Lakshmy Ramakrishnan,