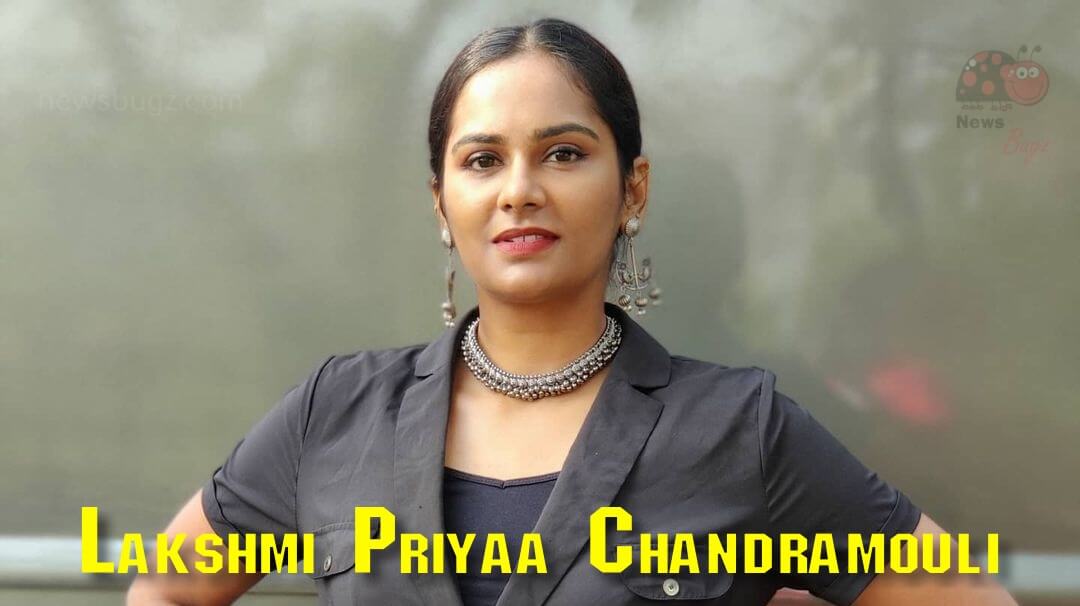 Lakshmi Priyaa Chandramouli is an Indian film actress who predominantly works in the Tamil film and television industry. Lakshmi is also a former National Level cricket player and member of Ultimate Frisbee. She came to the limelight after portraying the role of Lakshmi in a 2017 Tamil short film, Lakshmi. She won the 68th National Award for Sivaranjiniyum Innum Sila Pengalum (2018) movie.

After her graduation, she worked as an HR professional in a corporate company. As she wanted to pursue “something more creative,” she joined the English theatre company Evam as a full-time employee, on their managerial side. Although she never got to act in their plays, she called it “a great platform where I could easily learn how things transformed from paper to performance.”

She is also an aspired athlete, learned gymnastics and cricket at the age of 10. She became a part of India’s B national cricket team, under which she also played a series against the West Indies. She is a proud member of Chennai Ultimate Frisbee, where she participated in many competitions.

Lakshmi Priyaa Chandramouli made her acting debut by playing a small role in the 2010 Tamil romantic comedy film Mundhinam Paartheney, written and directed by Magizh Thirumeni. She then worked with ace director K. Balachander in one of his television series  Dharmayudham. Her first lead role came in the 2013 Tamil black comedy film, Sutta Kadhai. After that, she worked in many films in Tamil and Malayalam. The film Angels were her debut film in Malayalam. In 2017, she has appeared in a Tamil romantic thriller web series, Maya Thirai. She has also appeared in many television commercials like Shankar cement, Meera shampoo, and others.

She made her breakthrough after portraying the role of Lakshmi in the 2017 short film Lakshmi where the movie became the talk of the town. This 18-minute film deals with female emancipation and an extramarital affair. It received mixed reviews and at the same time, provoked controversy for showing a woman in a bad light, and eventually, she was trolled on social media for taking up such a role.