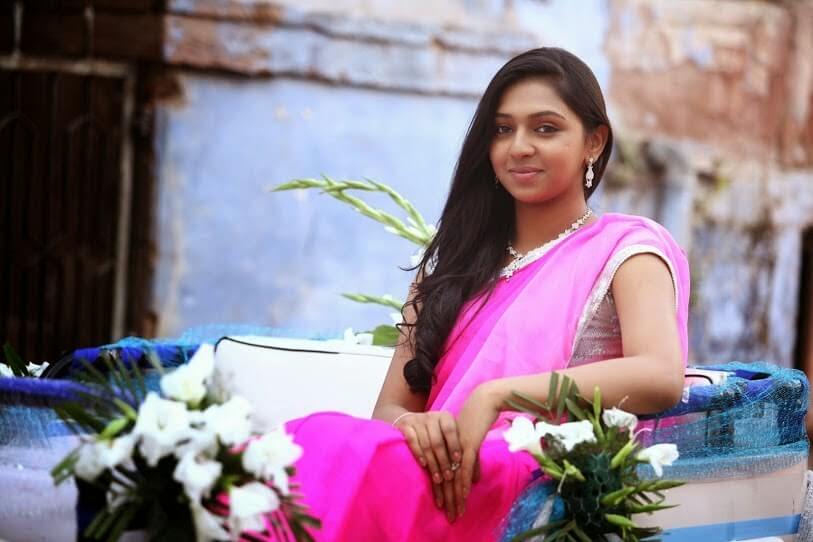 Lakshmi Menon is an Indian Film Actress and singer born on May 19, 1996. She appears mainly in Tamil and Malayalam films. First, she acted in a supporting role in a Malayalam movie named “Raghuvinte Swantham Raziya” in 2011 and played a female lead role in her Tamil debut movie “Sundarapandian” directed by S. R. Prabhakaran in 2012. The Three films followed by Sundarapandian become commercially successful, and Sify rewarded Lakshmi Menon with the “fastest rising star in Tamil Cinema.” She also rewarded with Tamil Nadu State Film Award for Best Actress for her roles in the Tamil films like Sundarapandian and Kumki. Later, she established herself as one of the leading actresses in South Indian Cinema. Check below for Lakshmi Menon Wiki, Biography, Age, Movies, Salary, Family, Images, HD Wallpaper and much more.

Lakshmi Menon was born to Malayali Parents, Ramakrishnan and Usha Menon. Her father is a Dubai based artist and her mother is a dance teacher. She finished her schoolings in the Girls Higher Secondary School in Mallanginar and graduated with BA literature in Sacred Heart College Kochi. While studying 8th Standard, she acted in Malayalam film “Raghuvinte Swantham Raziya” directed by Vinayan in 2011. She also acted in another Malayalam Movie “Ideal Couple‘ directed by Ali Akbhar. Watching her performance, director Prabhu Solomon offered her the lead role in a Tamil Movie “Kumki.” While acting in Kumki, director Prabhakaran also offered her the lead role in a Tamil Movie “Sundarapandian,” which released before Kumki. Then she went onto appear in Tamil Films like Kutti Puli (2013), Pandianadu (2013), Naan Sigappu Manithan (2014), Manja Pye (2014), Jigarthanda (2014), Komban (2015), Sippai (Not released), Vedalam (2015), Miruthan (2016), Rekka (2016)