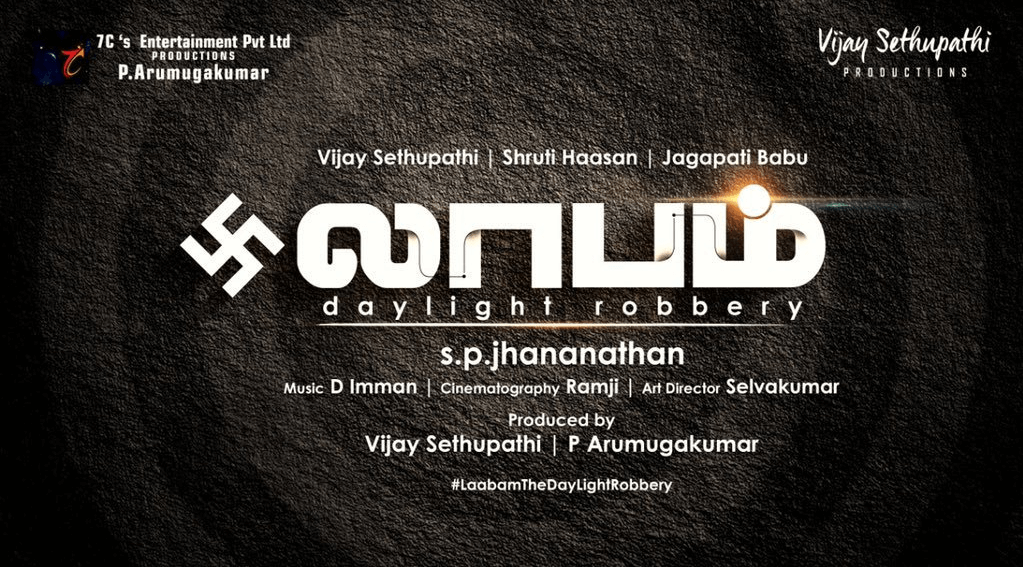 Laabam is a Tamil movie written and directed by SP Jhananathan. Jointly Produced under 7Cs Entertainment and VSP Productions banner, Laabam movie features Vijay Sethupathi, Shruti Haasan, and Kalaiyarasan in the lead role. Music director Imman composes songs and background score for this movie. Ramji handles the camera for this movie. The shooting of this movie starts on April 22 at Rajapalayalam.

The first look poster of the film features statues of a policeman shooting a farmer who falls to the ground with a plough in hand as a woman with a small child cries out in grief even as a female activist raises her voice. In the middle, the word “CITIZEN” is written while Vijay Sethupathi with a speaker on his shoulders is trying to convey his message on a mic.