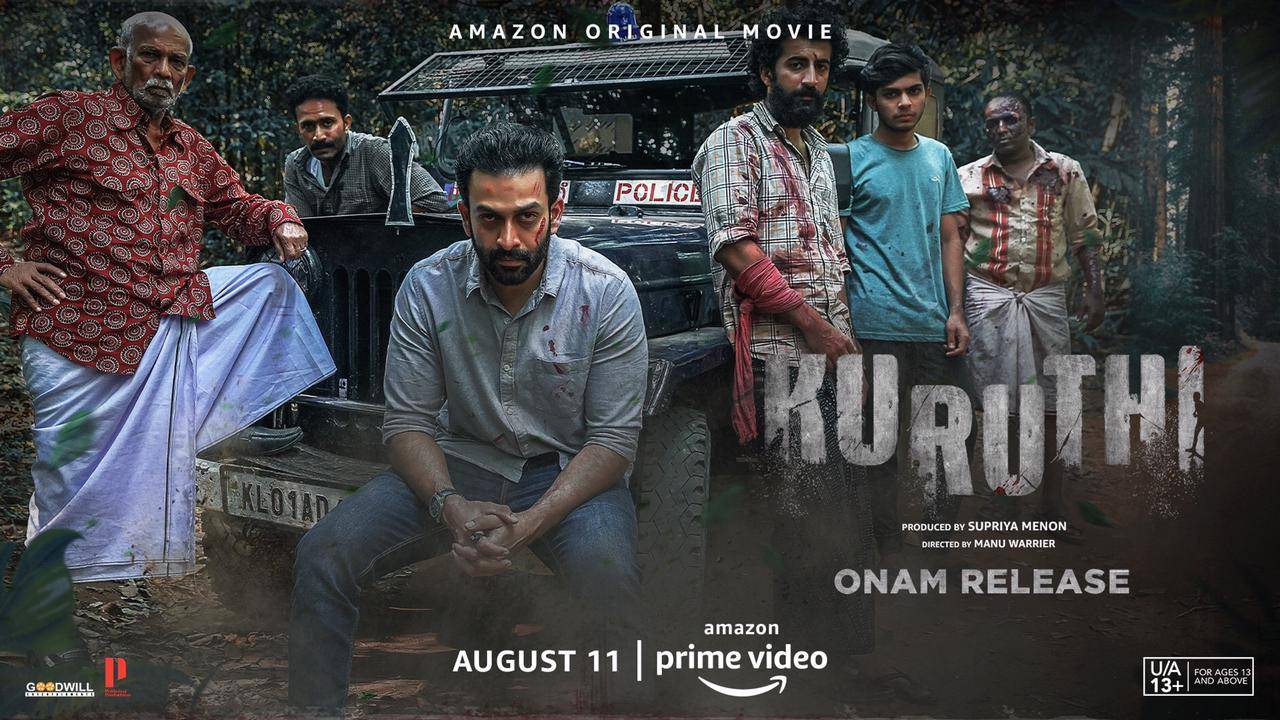 Kuruthi Malayalam Movie Online (2021): Prithviraj Sukumaran’s starring political thriller drama is slated to release on Amazon Prime. Kuruthi movie comes under the direction of Manu Warrier and written by Anish Pallyal. Supriya Menon bankrolls the film under Prithviraj Productions. The film has a stellar cast that includes Prithviraj, Murali Gopy, Shine Tom Chako, and Srindaa in vital roles. Initially, the movie is set to release on big screens on May 13, 2021. But due to the Covid pandemic and restrictions, the filmmakers took the movie to the digital platform. Kuruthi Movie will be premiere on Amazon Prime Video on August 11, 2021.