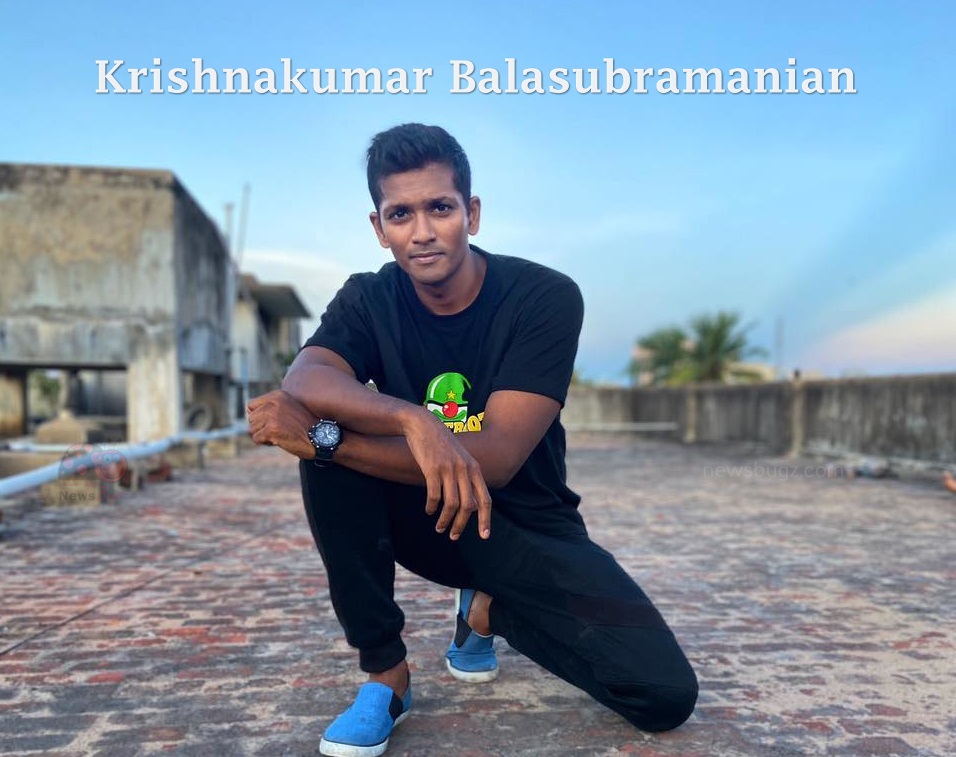 Krishnakumar Balasubramanian is a theatre artist and actor known for his role Che in Soorarai Pottru movie. He is the director of The Little Theatre (India). Apart from acting, Krishnakumar has directed and penned many stage plays like the Alice in iLand (2011) and The Free Musketeers (2012), 2 musicals Atita (2010) and ‘Gapsaa – Fully Loaded’ in 2012 for the ‘Little Festival’ and more.

He made his big-screen debut through Kadhalagi alongside popular actor Prakash Raj. He did a lead role in the film directed by KR Vishwaa. Soorarai Pottru movie is a turning point in his career. His role Captain Che aka Chaitanya Rao was well appreciated by the critics. Directed by Sudha Kongara, the film stars Suriya in the lead role.

Check out the latest photos of Krishnakumar Balasubramaniam,