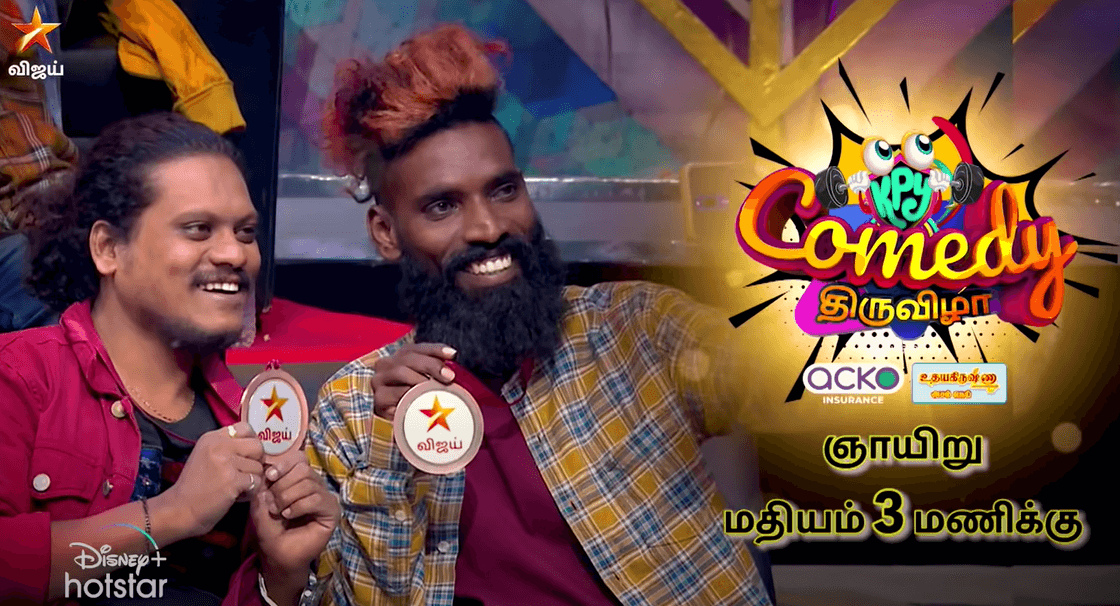 KPY Comedy Thiruvizha is a Sunday special show to celebrate the comedians on Star Vijay TV channel. The full show will be aired on 21st February 2021. The channel teases the audience with exciting promo videos.

KPY Comedy Thiruvizha show is filled with skits, songs, music, and dance with the TV stars. The show will feature some special moments of the contestants and comedians featured in the Kalakka Povathu Yaaru show. The show was hosted by VJ Rakshan.

Many Vijay tv stars and KPY 9 contestants are participating in the show. Some of them are Pugazh, Sivaangi (Shivangi), Sathish, Yogi, Silimisham Siva, Giri, Michael Augustine, Amuthavanan, Palani, Ramar, Yogi, and more.