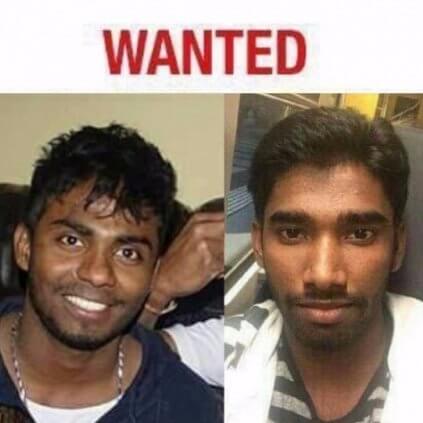 Kollywood Targets | Tamilrockers and Tamilgun Identified: The Tamil Nadu Producers Council and Studio Green production house combined with the team from Vishal Film factory, have officially released the pictures of two men of piracy websites. An ad released on social media with the pictures of two young men named Aravinth Logeshwaran, and Dixon Raj Arumuga Swamy which has been published to the public. These members are said to be the main admins of the piracy sites Tamilrockers, and Tamilgun. These two sites are the biggest piracy sites that routinely releases south Indian movies online. The team reports that Aravinth Logeshwaran is the moderator of Tamilrockers, who is last seen around Biel, Switzerland. Dixon Raj Arumuga Swamy is the moderator of Tamilgun and Tamildbox, who seems to be in UK, according to the team.

Tamil Film Producers Council team announces a reward for anyone who traces regarding these two people, can report through the email id, [email protected]. Click here for Latest Updates.