Kollywood Strike Called off: The 47-day film strike has been called off following the tripartite talks held between the Tamil Film Producers Council against QUBE and theatre owners in Tamil Nadu on Tuesday at the Secretariat. The state government had got involved in the issue with ministers Kadambur Raju and KC Veeramani holding talks with TFPC, theatre owners and digital service providers.

According to Sources, the State government said that the Virtual Print Fee (VPF) for e-cinema projectors will be slashed by 50 percent. Producers and the digital service producers will negotiate a reduction in VPF for D-Cinema projectors over the next six months. The producers had earlier demanded a complete abolition of the VPF, which the digital service providers had rejected. 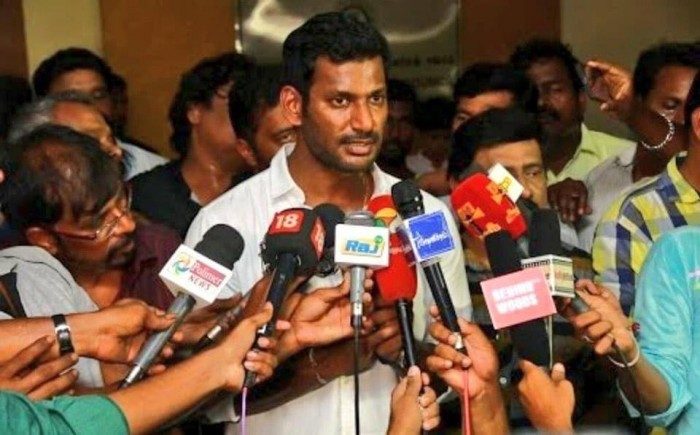 Kollywood Strike Called off, Tamil films likely to release from this Week

Very happy & relieved the #TamilCinemaStrike will come to an end this week. Great unity among all Producers to get the best out of this situation & happy maximum possible could be obtained. Looking forward to smoother working of industry from now. Great job @VishalKOfficial 👍👍

, “Firstly, a very big thanks to our Tamil Nadu Chief Minister for the fullest cooperation. The most important aspect is as per our request Tamil Nadu government has ordered all the theatres to go fully transparent from June 1. A G.O. will be passed soon on this. Ticket prices will become flexible depending upon the scale of the film – small and big movies. Each film’s ticket price will be decided, as per the film’s value and scale.”

He also added, “The present online ticketing which is an additional burden to the audiences will be suspended and hereafter, TFPC will be doing it through their website where a very negligible amount will be charged for online booking. TFPC will be doing the mastering also and we are working on it. E Cinema rates, which used to be charged Rs 10,000 has now come down to `5,000. Qube full run which was earlier Rs 22,000 is now Rs 10000.”

He also said that the decision on resuming shooting and release of new films will be taken on Wednesday morning after consulting members of TFPC and will be officially announced later. 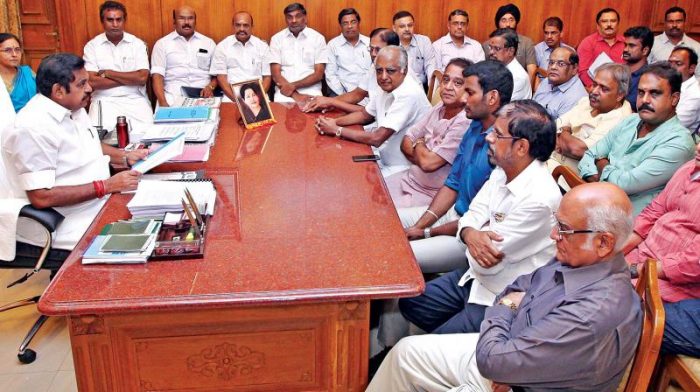 Kollywood Strike Called off, Tamil films likely to release from this Week

Earlier, Tamil Nadu theatre owners had been on an indefinite strike from March 16 demanding that the government should remove the local entertainment tax, change license renewal period from three years to one year, and revise theatre maintenance charges to Rs 5 per ticket from the current Rs 1. Representatives of the Tamil film industry also held discussions with digital service providers on their demands.

– Flexible Tkt pricing depending on the budget..

– #TFPC will do mastering

On an average, there is a total loss of 5 to 8 crore for the Tamil film industry every day. There are 1,050 theatres across the state, with the Chennai region alone having 146 screens and suburbs and two multiplexes in Coimbatore city are screening films like other language films and limited shows. Nearly 950 screens outside of Chennai city have temporarily closed down as they are demanding that the government scrap the local body entertainment tax.