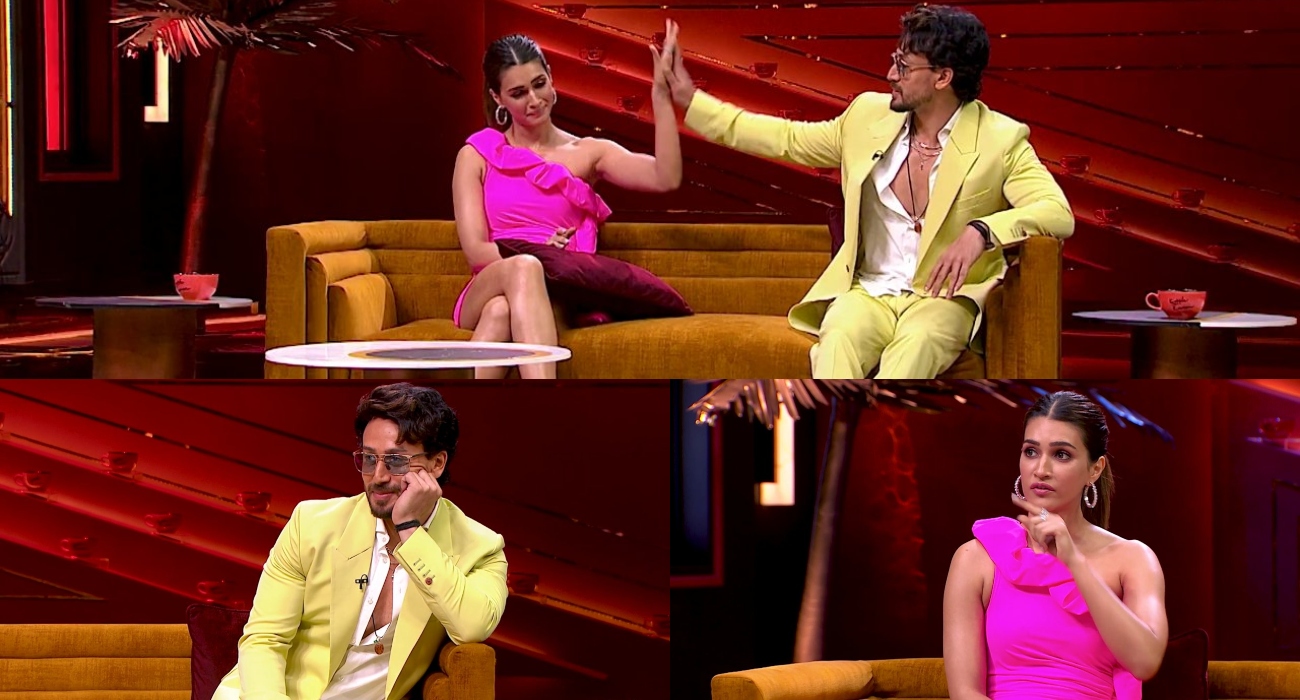 Koffee With Karan Season 7 Episode 9: The trending celebrity talk show Koffee With Karan 7 has acclaimed the best successful episodes for this season. The makers have dropped the new promo featuring the Heropanti lead stars Tiger Shroff and Kriti Sanon. KJo started to throw some relationship questions and upcoming projects with a fun rollercoaster episode. Watch the latest Koffee with Karan Season 7 Kriti Sanon and Tiger Shroff episode only in Disney Plus Hotstar on September 01, 2022.

From the promo glimpse, Kriti Sanon replied back to Karan Johar’s audition rejection. In addition, She told that her first audition was Student of the Year which is directed by Karan Johar. While Tiger Shroff bluffed with sleeky answers, what he envies about Ranveer Singh for, he answers Deepika Padukone (his wife) justifying with very talented and pretty. Watch this hilarious comedy and rapid-fire segments of Koffee with Karan 7 Tiger Shroff and Kriti Sanon Full Episode on Hotstar.

Check out the latest promo of Koffee With Karan Season 7 Tiger Shroff and Kriti episode,

Here are the full details of Koffee with Karan Kriti Sanon and Tiger Shroff Episode 9 online,