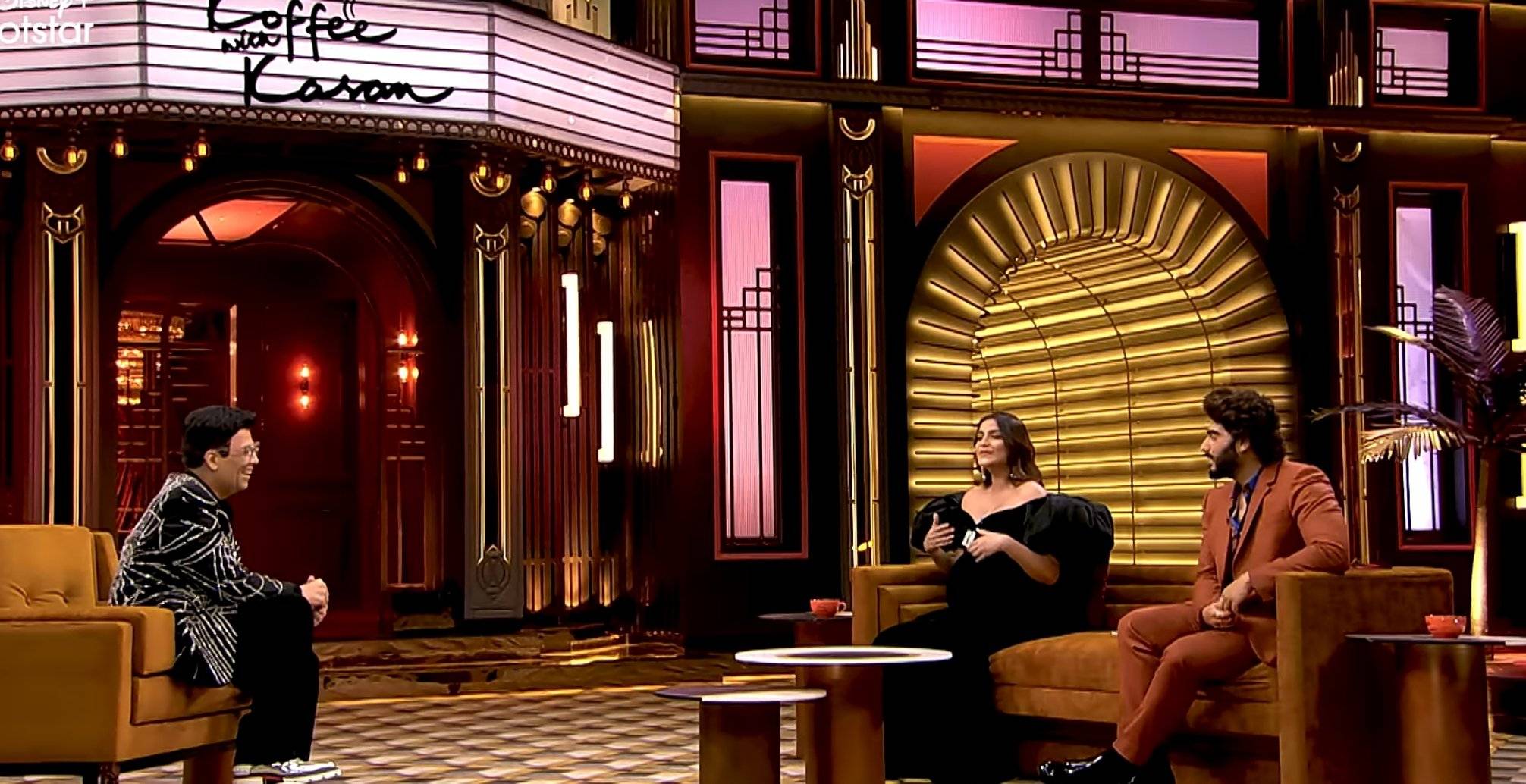 Koffee With Karan7 Episodes Online: The most trending flick Koffee With Karan Season 7 drops the new promo for the Raksha Bandhan special, the cousin’s from the Kapoor family Sonam and Arjun featuring on Karan’s couch. KJo gave a cheese intro of S & M on the couch, that trends on the internet. Watch the latest Koffee with Karan Season 7 Arjun and Sonam episode only in Disney Plus Hotstar on August 11, 2022.

From the glimpse, the Happy mom to be Sonam opens up about the family relationship and also skipped Karan Johar’s questions about Arjun Kapoor’s personal life. While Arjun replied to Sonam about the annoying thing “You don’t wait for anybody else to give you a bloody compliment;  you just give yourself a compliment.” Watch this fun and intriguing siblings revelation of Koffee with Karan 7 Sonam and Arjun Kapoor Full Episode on Hotstar. The super and premium users can download episode 6 and can watch it offline.

Here are the full details of Koffee with Karan Arjun and Sonam Kapoor Episode online here,