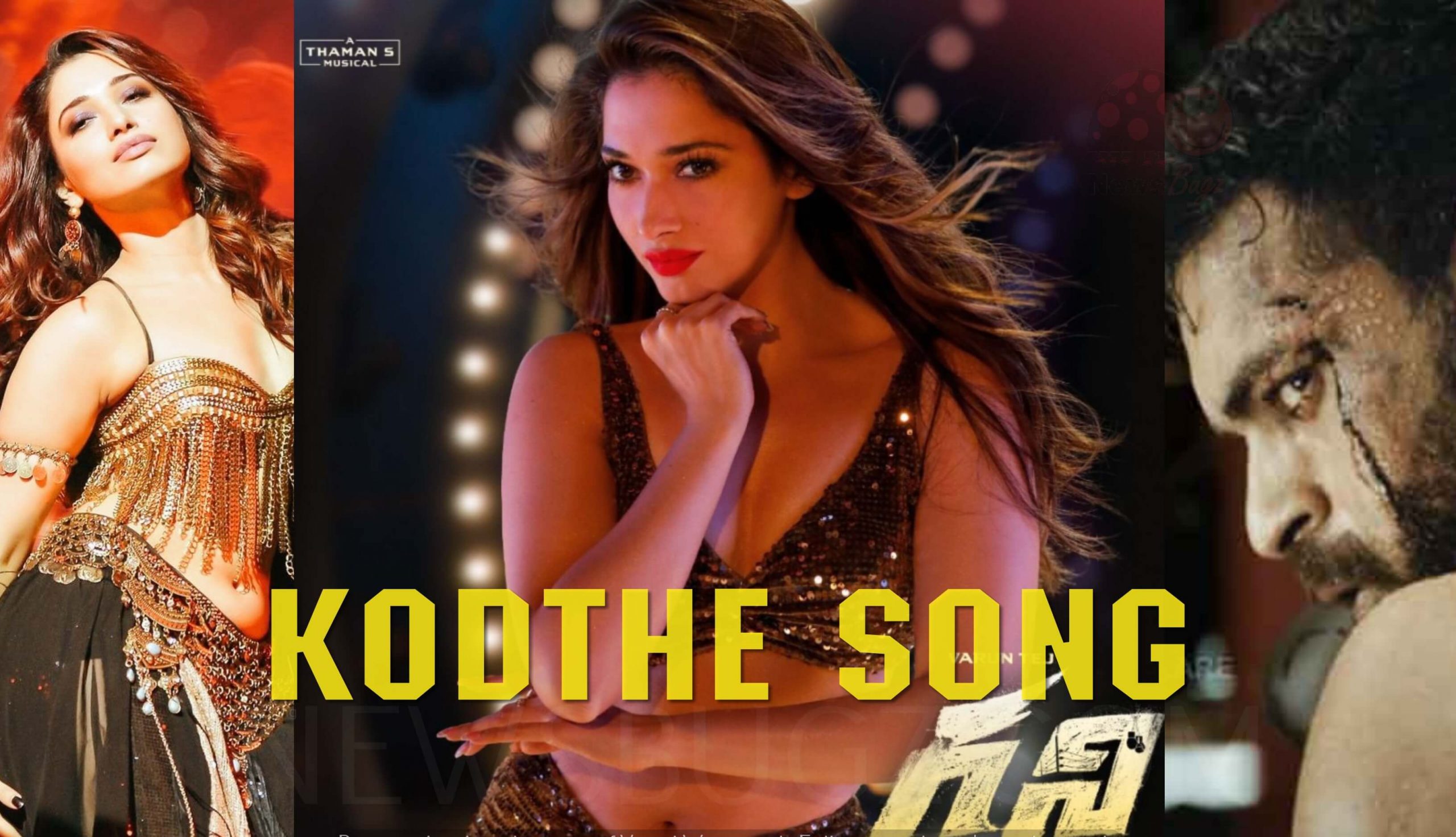 Kodthe is the second single from the most awaited sports drama Ghani. The dance number features Tamannaah Bhatia and Varun Tej. The song was composed by SS Thaman. It comes in the line of Samantha’s Oo Antava Oo Oo Anatava and Regina Cassandra’s Saana Kastam songs. The sizzling performance of Tamannaah rises the temperature. Ghani movie song Kodthe is slated to be released on 15th January 2022. The song was released by Aditya Music. You can watch Kodthe song full video on Aditya Music youtube channel. Watch and download Kodthe song on official music platforms like Wynk, Gaana, YT Music, Spotify, and more.

Tamannaah Bhatia was previously seen in Item songs like Jokae from KGF and Janatha Garage Movie.

Ghani movie was helmed by Kiran Korrapati. It features Varun Tej, Sunil Shetty, and Upendra in the major roles.