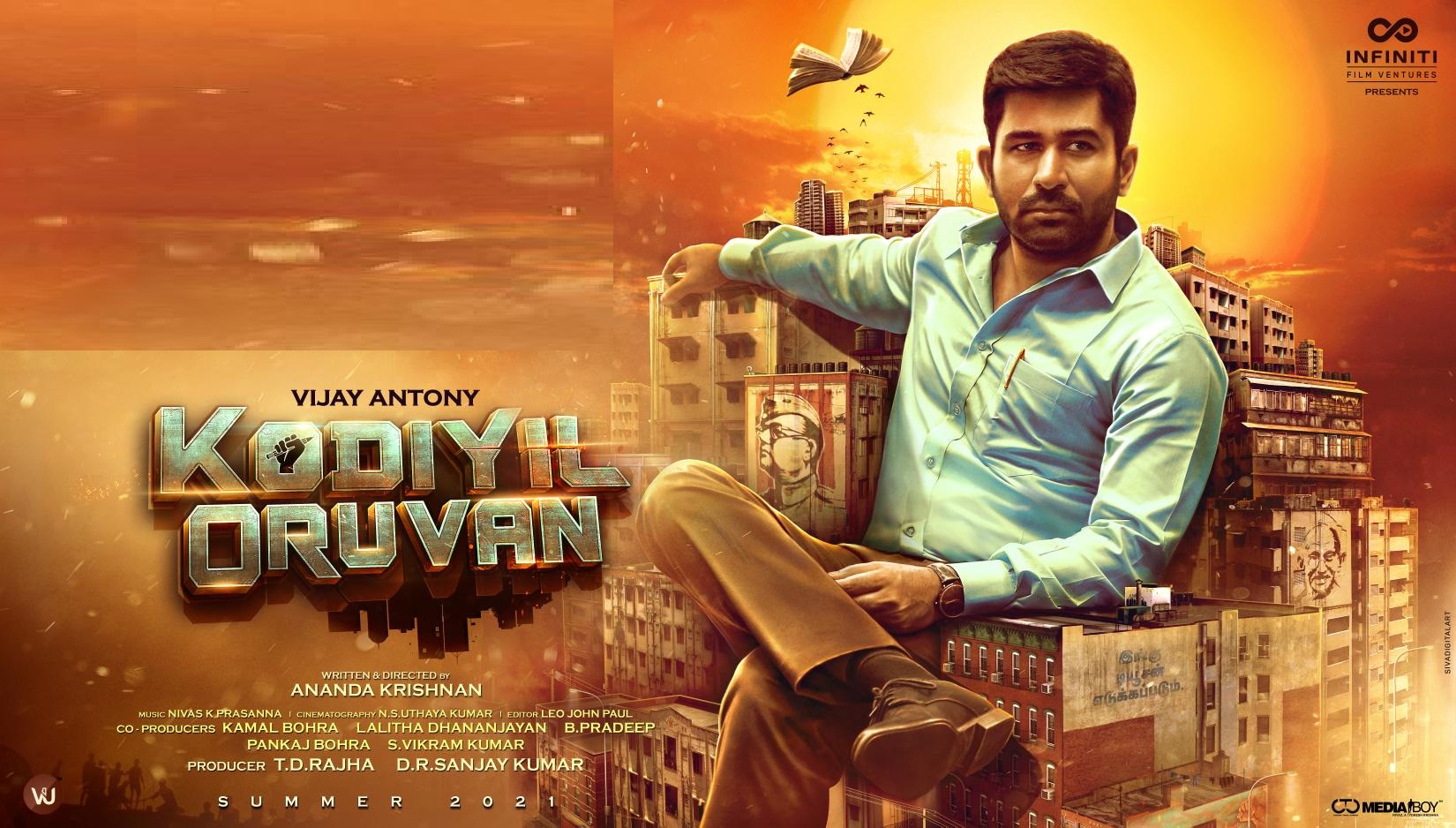 Kodiyil Oruvan is an upcoming Tamil movie starring Vijay Antony in the lead role. The film was written and directed by Ananda Krishnan. Actress Aathmika plays a female lead role alongside Vijay. Touted to be an action thriller, the film has Nivas K Prasanna’s music. The film was simultaneously shot in Telugu, Kannada, Malayalam, and Hindi which is titled “Vijaya Raghavan”. Kodiyil Oruvan film may hit the screen on April 2021.