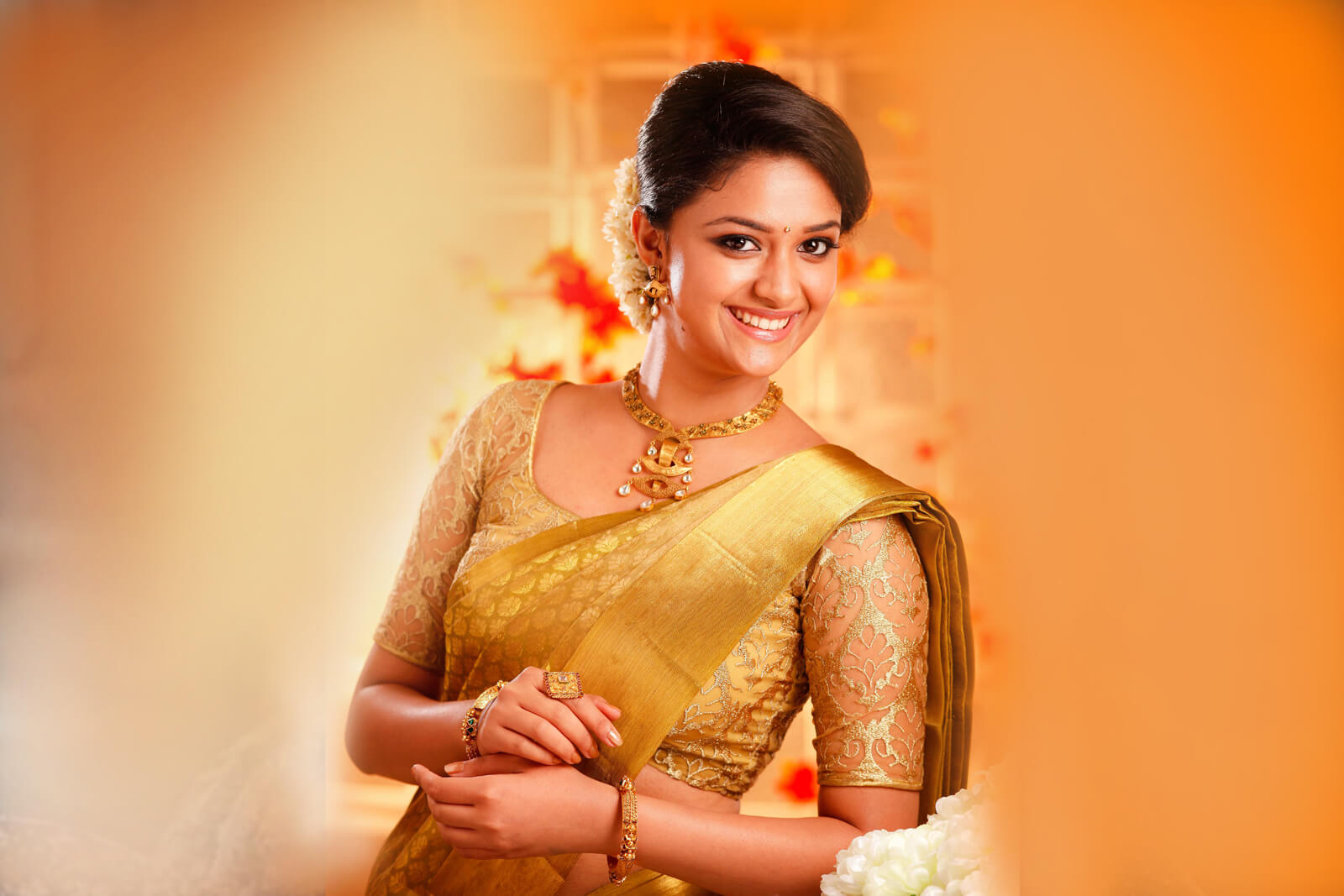 Keerthy Suresh is an Indian film actress, who is working in South Indian film industry. She made her debut in Malayalam but later she also featured in other languages like Tamil and Telugu. She made her debut as a child actress in the year 2000 for a Malayalam movie and she made her debut Tamil movie is Idhu Enna Maayam in this movie she appeared in a lead role in the year 2015. Now she is working in different movies they are Saamy 2, Sandakozhi 2 and Thalapathy 62. Check out below for Keerthy Suresh Wiki, Biography, Age, Movies List, Images.

Keerthy Suresh was born on 17 October 1992 in Trivandrum, Kerala, India. Keerthy Suresh family her father is Suresh Kumar who is a Malayalam film producer and director and mother Menaka who is the Malayalam actress, who is from the conservative Tamil family. Keerthy Suresh has an elder sister named Revathy Suresh who is a VFX specialist and her sister previously worked for Shahrukh Khan’s production house Red Chillies. She did her schooling in Kendriya Vidyalaya, Pattom, Thiruvananthapuram, India and she did her Fashion designing in Pearl Academy, Chennai. Once before she completes her internship in London for two-months she did her exchange program in Scotland for four months. She started her acting career in the year 2000 as a child artist in some of his father’s production movies like Pilot, Achaneyanenikkishtam, Kuberan, with that she also appeared in some of the Television serials. As a lead actress, she made her debut Malayalam movie is Geethaanjali which is produced by Priyadarshan’s and it is a horror film in this movie she appeared in a dual role. After Geethaanjali she appeared in Ring Master which is directed by Rafi of Rafi Mecartin duo.

Then in the year 2014, she accepted her first project outside Malayalam and consequently, she signed for several Tamil films. She made her debut movie in the year 2015 titled Idhu Enna Maayam, which is directed by A.L. Vijay and it is a romantic comedy movie. After this movie, she appeared along with Sivakarthikeyan in quick succession for two movies Rajini Murugan and Remo. Later she signed for various Tamil and Telugu movies, with that, she appeared along with most of the leading actors as well.