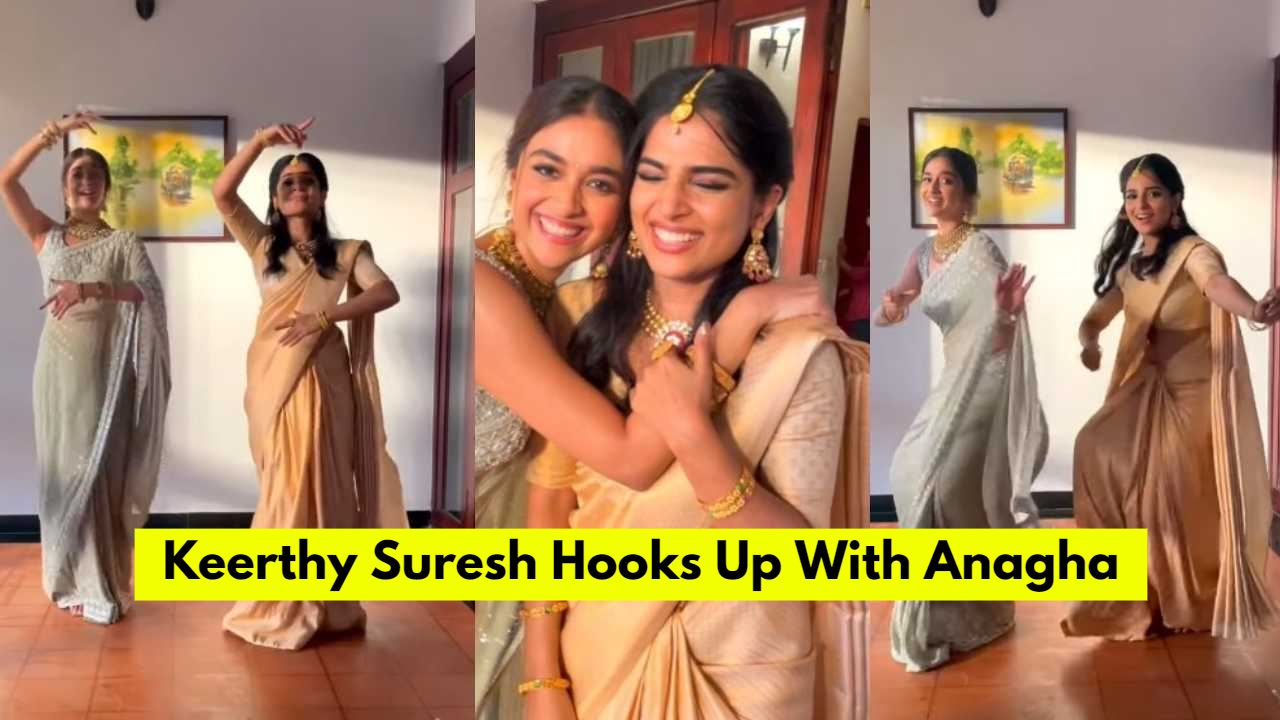 Actress Keerthy Suresh hits the floor with Dikiloona actress Anagha for the most popular song Per Vechalum Vekkama. Keerthy Suresh and Anagha beautifully stepped up for the peppy track. She shared the 30-second video on YTshorts that became the latest trend on the internet today. Previously, Keerthy Suresh posted dance video from Dasara, and Thalapathy Vijay Movie songs that include Aal Thotta Bhoopathy and Arabic Kuthu.