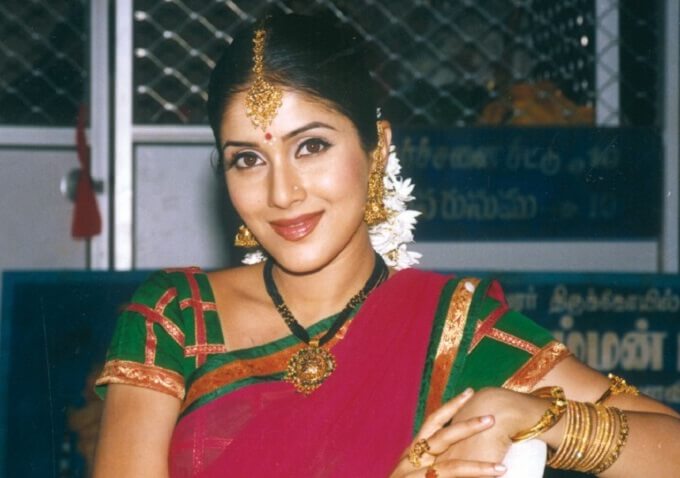 Keerthi Reddy is an Indian Film Actress who was well known for her work in Bollywood, Tamil, Telugu and Kannada cinema. She made her acting debut in the 1996 Telugu film Gunshot. she has last seen in 2004 Telugu Movie Arjun. During her career, she was nominated for Filmfare Best Supporting Actress Award in Telugu. Keerthi Reddy Married to Sumanth on 2004. Check out below for Keerthi Reddy Wiki, Biography, Age, Family, Movies, Images, and More.

Keerthi Reddy was born on 17 November 1978 in Hyderabad, Telangana, India. She born to an interior designer Ganga Reddy and
dress designer mother. Her grandfather is Keshpally Ganga Reddy, who is an Ex-Member of Parliament from Nizamabad in Telangana. She was raised in Bengaluru. She did her schooling in Jiddu Krishnamurthy’s The Valley School near Kanakapura, Bengaluru. Keerthi was trained in Bharatanatyam for eight years. She also attended St Joseph Public School in Hyderabad and Ryerson University for higher education. She made her acting debut at the age of 18 through 1996 Telugu film Gunshot. The following year she made her Tamil film debut with the film called Devathai. Her performances were appreciated by the critics. In 2004, Keerthi married an actor Sumanth, a nephew of Nagarjuna Akkineni. They were divorced amicably in 2006. She later remarried a doctor Karthik N in 2008 and settled in the US. The couple has a baby boy.